You are at:Home»Current in Noblesville»Noblesville Cover Stories»‘A better event’: Fourth of July Festival returns with concerts and other attractions

A Fourth of July celebration has been a long-standing tradition in the City of Noblesville, but Mayor Chris Jensen plans to switch things up a bit this year.

Jensen and the city decided to conduct a parade last year during the COVID-19 pandemic but was limited on what it could offer because of social distancing guidelines. This year, Jensen said the festival will take the form that he originally envisioned.

“My wife (Julie Jensen) is from Dublin, Ohio, and Fourth of July is her favorite holiday,” Jensen said. “When you’re married to the mayor, you rarely get to go home for the Fourth of July. In Dublin, they had a big concert at the football stadium every year where the fireworks were located, and she asked if she could get involved with planning the Fourth of July Festival in Noblesville and make it a better event.” 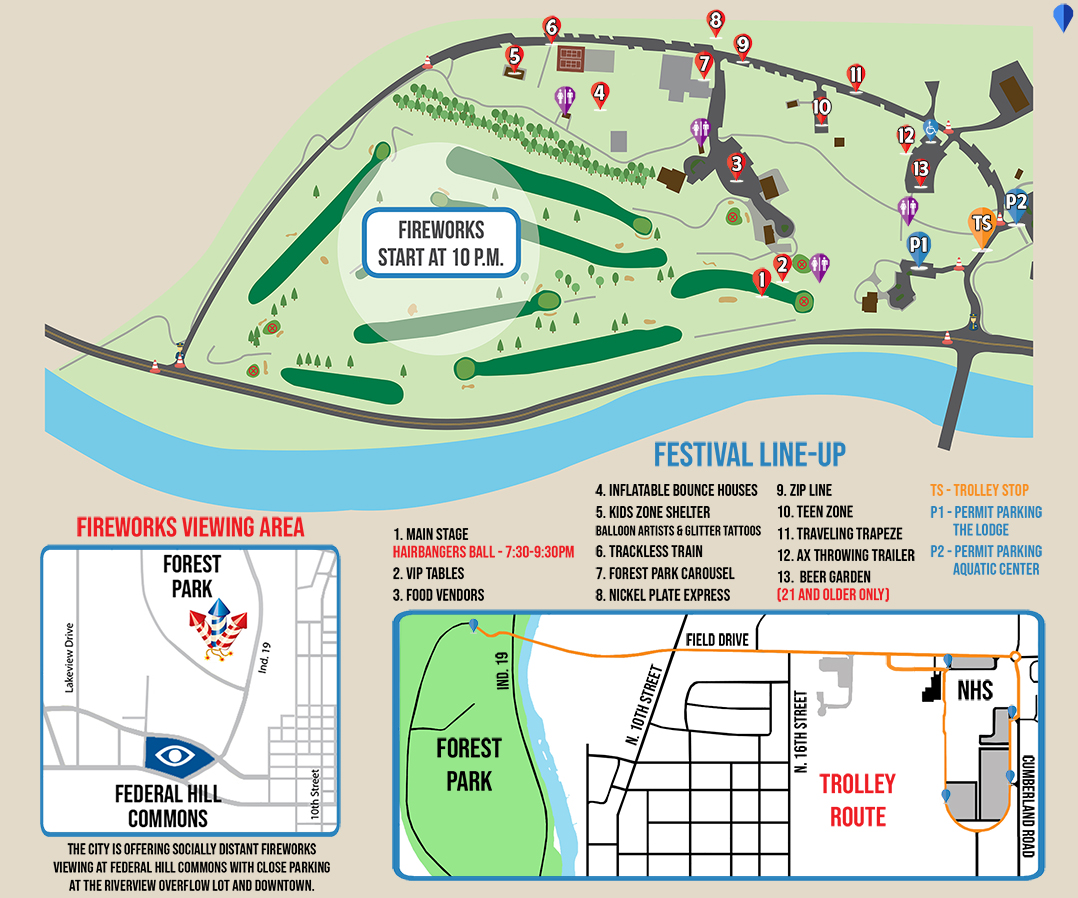 The celebration will be similar to the one in Julie Jensen’s hometown, but the events will take place at Forest Park instead of a football stadium. The events will kick off with a parade through downtown Noblesville beginning at 4:30 p.m. Registration to participate in the parade is $25 (nonprofits are not charged), and entries must be submitted by June 30.

VIP tables near the front of the concert have already sold out. Other offerings will include a beer garden and food trucks. There also will be a kids’ zone.

“The idea is to provide a one-stop shop for folks,” Jensen said.

Another new feature is Kristen Boice serving as the parade’s grand marshal. Boice is a therapist with a private counseling practice, Pathways to Healing, and she was chosen by the Jensens because of her involvement in the community.

“Julie Jensen and I sat down and were talking about who not only has given (of) themselves their time, talent and treasures this past year, but who really is representative of our administration and the issues, challenges and topics we are trying to tackle,” Jensen said. “Mental health has bubbled to the top for us over the past year and a half.”

Boice has donated her time to the City of Noblesville since participating in the city’s Mental Health Mondays Facebook Live event since April 2020. The event, which began as a weekly event, is now every other week.

Boice said she doesn’t want the grand marshal honor to be about her.

“I want to elevate the conversation around mental health,” she said.

Boice said a lot of appreciation was given to first responders across the nation during the COVID-19 pandemic, but not as much attention was given to mental health workers. During the parade, Boice will hold up signs reading “You are enough” and “You are loved,” among other messages. 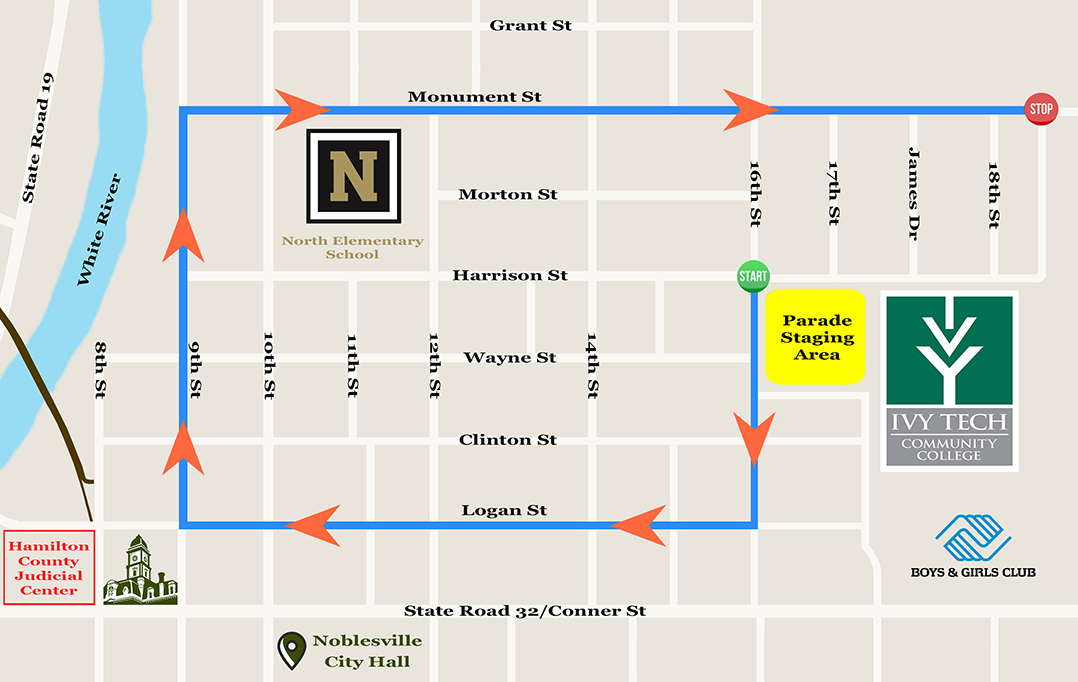 A map of the parade route.