You are at:Home»Current in Zionsville»Zionsville Community»Former Bayh staffer to talk about the senator’s impact on America

In 1967, when he was 18, Indiana-born author Robert Blaemire took a bus to volunteer for Indiana Sen. Birch Bayh’s political campaign, a decision that led to a lasting friendship with a man Blaemire said left an indelible mark on U.S. history. 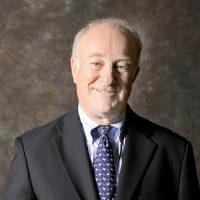 “I left Lake County to go to college in Washington, D.C., at George Washington University, and the first day after my parents left town, I took a bus down to Capitol Hill to offer my 18 years of life experience to a junior senator from Indiana,” Blaemire said. “A lot of people of my generation were inspired by the Kennedys. And I knew our senator had been in a plane crash with Ted Kennedy, so that was attractive to me. It was an exciting prospect to go down there.”

Blaemire met Bayh that day and started as a volunteer, eventually becoming the Democratic senator’s 1980 political director. Bayh served as a senator from 1963 to 1981. He is best known for authoring the 25th and 26th constitutional amendments, Title IX of the Higher Education Act of 1965 and the Bayh-Dole Act, a federal law that enables organizations to own, patent and commercialize inventions developed under federally funded research programs.

Blaemire, who remained friends with Bayh until the former senator’s death in 2019, felt his story needed to be told and, through a series of video interviews, documented his life in “Birch Bayh: Making A Difference,” a biography published May 1, 2019, just weeks after Bayh’s death.

Bayh is the father of Evan Bayh, who was eventually elected governor of Indiana and also served in the U.S. Senate. 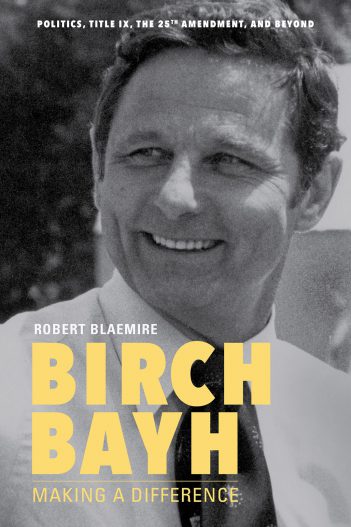 Blaemire will speak about his book and experiences with Bayh during a Hussey-Mayfield Memorial Public Library virtual event at 6 p.m. June 18.

Blaemire, 72, will speak about his book and experiences with Birch Bayh during a Hussey-Mayfield Memorial Public Library virtual event at 6 p.m. June 18. The event will be presented on Zoom. To register, visit bit.ly/HMMPLevents.

“We started talking about the need to get his story written,” Blaemire said. “If you go back over his accomplishments, which I hope I spelled out well in the book, he’s the first person since James Madison to write more than one constitutional amendment. There have been 11,000 efforts to amend the constitution in our history, and since the Bill of Rights there have only been 17 that were successful. He’s got two.”

The 25th Amendment outlines the procedures of succession in the event of a president’s death, disability, removal from office, etc. The 26th Amendment changed the legal voting age in the United States to 18.

Blaemire argues the two amendments, Title IX and the Bayh-Dole Act, secure Bayh’s spot in the “legislative hall of fame,” in addition to his other efforts, which included a notable attempt to end the Electoral College.

In part, Blaemire credits Bayh’s ability to pass legislation with his ability to work with Democrats and Republicans.

“If he had been more of a knee-jerk liberal or a knee-jerk conservative, he would have been much less effective inside,” Blaemire said.

When he was younger, Blaemire, during a seven-year period, interviewed his parents. Now that they have died, he said the recordings of those interviews “was one of the best things I’ve done” and are “priceless.” Blaemire suggested he do the same type of interviews with Bayh, who agreed. In 2012, the two began recording interviews, and Blaemire secured a publishing deal with Indiana University Press to write the biography.

“He was 91 years old, and he lived a great life,” Blaemire said of Bayh. “I feel I was not only really lucky to land in the office of such a substantial member of commerce but a good guy.”