You are at:Home»Current in Westfield»Westfield Community»YMCA asks for $5 million from Westfield council

During a special presentation at the June 14 Westfield City Council meeting, Westfield YMCA Capital Campaign Chairperson Mitch Frazier asked the council to approve $5 million to help fund construction of a YMCA in Westfield. 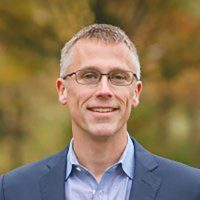 Frazier said when he last gave an update to the council about the YMCA planned for the southwest quadrant of Wheeler Road and 181st Street 18 months ago, the facility was estimated to cost $20 million. Because of the COVID-19 pandemic, the YMCA has scaled back some of its offerings at the proposed Westfield facility and lowered the price to $14.5 million. To date, the YMCA has raised $6 million for the facility.

Frazier said the YMCA is “critical infrastructure,” which is why the council should assist in funding the project.
“It’s a place people can come to grow and learn. It’s a place education can happen, specifically with those with needs and those facing chronic disease,” Frazier said. “The YMCA will join the existing (Westfield Washington Schools) natatorium, and there’s a tremendous opportunity to serve the community.”

Frazier said some of the reasons the YMCA should be considered as critical infrastructure is its ability to offer child care and education.

“We believe the YMCA is a highly capital-efficient approach to bringing this critical amenity, this critical need to our community,” he said. “If the city built this alone, the price tag would be greater. With the YMCA partnership, there are no long-term operations and maintenance costs borne by the city.”

“Those range from $10 million up to $18 million,” Highland said. “We didn’t want to prescribe the method. We just wanted to make the request. (YMCAs) across Indiana and the country are built on partnerships and municipal support. The closest to us is the City of Fishers, and when they built that Y, the investment by the city was $9 million 22 years ago.”

Hiland said the city’s donation could be paid over seven years.

Council President Mike Johns said he was disappointed that the YMCA was originally approved as a $20 million facility, but now it lacked some of the original concepts, such as a warm-water pool, and has only one gym instead of two and has smaller child care space.

Even if the city approves $5 million for the  project, $3.5 million would still need to be raised.

“The speed at which we can break ground depends on the generosity of the community and other donors,” said Frazier, who also said he hopes it will only take 18 to 24 months to raise the money.

Council member Cindy Spoljaric said the city already contributed infrastructure to the project.
“Which I don’t think has been acknowledged yet in any way, so it’s not like we aren’t participating,” Spoljaric said. “The school has done the natatorium part. I want to see this happen, but I’m not sure where that money is going to come from.”

Spoljaric asked Frazier if he and his fundraising team had talked to the Westfield Chamber of Commerce and tapped its network of more than 400 businesses.

“I have not,” Frazier said. “We have talked to a number of businesses. There’s a couple dozen of us working over the last 24 months sourcing those key cornerstone gifts and, as you know, during the pandemic it all but stopped.”

The council did not vote on the funding, but Johns said he wants to bring it back before council within the next 30 days.