Correction: This story has been updated to correct an error in the vote total. The resolution was approved by a vote of 5-2.

The Westfield City Council on June 14 voted 5-2 to approve a resolution requiring councilors to disclose major campaign contributors prior to a vote involving one of them. The vote occurred despite city attorney Manny Herceg calling the action illegal. 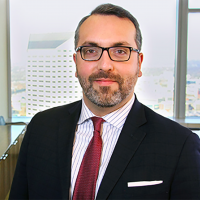 Council member Scott Frei presented the resolution, which was originally drafted as an ordinance. The original ordinance required councilors to recuse themselves from the vote if anyone involved had contributed more than $1,000 to their campaign, but state statute prohibits cities from establishing such ordinances when the state already has authority in the matter. There are already certain campaign laws in place at the state level, so the council introduced the item as a resolution that allows councilors to vote but asks them to disclose the information first. The resolution “strongly suggests” but does not require a council member to disclose a campaign contribution of more than $1,000 prior to a vote.

“This is just an opportunity or effort to make sure that everyone is well aware of those contributing to campaigns and things of that nature and an opportunity for this council to be as transparent as possible,” Frei said.

Frei, council president Mike Johns, councilor Troy Patton, councilor Cindy Spoljaric and councilor Joe Edwards voted in favor of the resolution, with council members Scott Willis and Jake Gilbert voting against it. Gilbert said one of his major concerns was that the resolution favors wealthy councilors who don’t receive contributions over a councilor who seeks donations to run for office.

“If someone was wealthy, they don’t have to get their scarlet letter out, and I don’t like that,” Gilbert said. “It’s on the (campaign contribution) form. Anybody who donated to me, you can go look right now and see how I voted. I have nothing to hide. But the public branding and the scarlet letter part of it, I’m not crazy about because some people run and they don’t have a lot of money.” 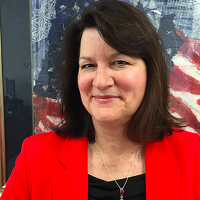 Herceg referenced a 2019 case in which the Fort Wayne City Council attempted to prohibit companies from having contracts with the city if the companies had made a donation of $2,000 or more to one of the councilors’ campaigns. A judge blocked the ordinance.

“As long as you understand this has nothing to do with election laws and you have no intention to change election law rules and you wish only to establish house rules, if you will, in favor of transparency, I believe you may do this,” Poindexter said.