You are at:Home»Current in Carmel»Carmel Community»Memory-impaired man’s suit against City of Carmel, former city attorney settled 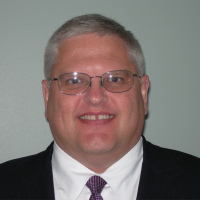 A lawsuit filed by a memory-impaired Carmel man against the City of Carmel and its former city attorney has been settled. The case had been set to go to trial June 2.

Jeff McQuary, an attorney for plaintiff Gary W. Brooks, stated that the May 11 settlement agreement contains a confidentiality provision that prohibits him or Brooks from disclosing the settlement amount.

City of Carmel officials declined to comment on the settlement.

Brooks, who has trouble forming new memories because of a 1995 brain aneurysm, filed the suit in March 2018. Brooks uses a video recorder to document important daily interactions to help him remember what happened.

According to court records, Brooks claims that Haney became aggressive on separate occasions when Brooks refused to stop recording in the Dept. of Community Services in 2016 and in the law office in 2017, with the 2017 incident leading to a sprained wrist. Recording is allowed in certain areas of City Hall, such as hallways and the council chambers, but it is prohibited in other areas, including both places where Haney confronted Brooks.

Judge Tanya Walton Pratt previously ruled that Haney did not violate the Americans with Disabilities Act or Brooks’ Fourth Amendment rights or commit battery during the 2016 incident. She denied summary judgment on Brooks’ claim that Haney violated his First Amendment rights by not allowing the recording, although Haney was entitled to qualified immunity and could not be held liable for civil damages on this claim. She also allowed a battery claim from the 2017 encounter to proceed.

Haney resigned from the city in December 2020 after another employee of the city’s law department filed a harassment complaint against him. The city reached a settlement agreement with the employee.

The handling of the complaint sparked a city council investigation, but its findings have not been released publicly.