Instead of regarding Kokomo’s new eight-field Championship Park as a competitor, Grand Park in Westfield is using the facility to its advantage and could receive up to $200,000 annually from hotel room rebates.

Bullpen Tournaments, which manages baseball tournaments at Grand Park, has an agreement with Grand Park that restricts the company from managing similar facilities within the area. However, the company approached Grand Park with an idea.

“Essentially, Bullpen reached out to us several months ago inquiring about the ability to manage Championship Park in Kokomo,” Grand Park Director William Knox said. “Obviously, we wanted to make sure this didn’t conflict with any operations at Grand Park and make sure this didn’t take away from some of our opportunities, long term, so we decided to discuss the opportunity with Bullpen and say essentially, (their management of Championship Park) can be an extension of events we are already hosting at Grand Park.

“Many weekends throughout the summer, Bullpen already has to contract additional fields in the area for events, and this gave us the opportunity to look at another location to move a lot of their games, so they didn’t have to have teams travel to multiple venues for their events.”

Many weekends, Grand Park is at capacity and teams have to play at various high school or junior high school baseball diamonds in the area.

“It’s very difficult when they are trying to execute an event to the level that they are using seven or eight different sites,” Knox said. “It’s a lot easier to consolidate that, and with eight fields at Championship Park, that allowed us to consolidate to one location and extend and add to (Bullpen’s) offerings. It doesn’t mean they won’t still look at using those one-off diamonds, but it brings it to a much more controlled environment.”

Bullpen Tournaments has turned teams down in the past because of capacity limits, and the addition of Championship Park will allow more teams to play. Championship Park opened in April. The City of Westfield benefits financially from the agreement.

“We’ve positioned their utilization of Championship Park as an extension of events at Grand Park, so the booking process for hotels goes through the same format,” Knox said. “They use our third-party housing company to book all their hotel rooms so, as a result, we receive the rebate that is collected from those additional room nights.”

Knox estimates the agreement will add 60 teams to the tournaments, which could lead to 600 additional hotel room nights. Annually, Westfield receives between $700,000 and $900,000 in rebates from hotel rooms, and the additional teams could lead to another $200,000.

“We receive a rebate that can be anywhere between $5 and $15 per room night for that stay, even if it’s not in a Westfield hotel,” Knox said. “There’s no cost to us. The waiver we provided for them was to operate Championship Park only for that venue. Other venues, we are looking to do similar relationships with if we determine there was a value to Grand Park.”

Knox said Grand Park isn’t opposed to working with other facilities for a similar contract in the area if it also benefits Grand Park.

“We really have no expense for this relationship,” City of Westfield Communications Director Vicki Duncan Gardner said. “It’s pure money coming into the City of Westfield. I think that’s a credit to the success of Grand Park and the success of Bullpen. Their ability to manage and attract teams is what’s making this so successful and a real value for the city.

“We see parks like this open and we don’t look at them as competition. Really, for this particular facility, it’s an extension of the youth sports environment that can only serve to benefit Grand Park.”

“The No. 1 thing is Bullpen provides an instantly full facility for Championship Park for the majority of the tournament weekends,” Hibler said. “From their perspective, they saw it as a win as opposed to being competing entities pulling on the same rope.” 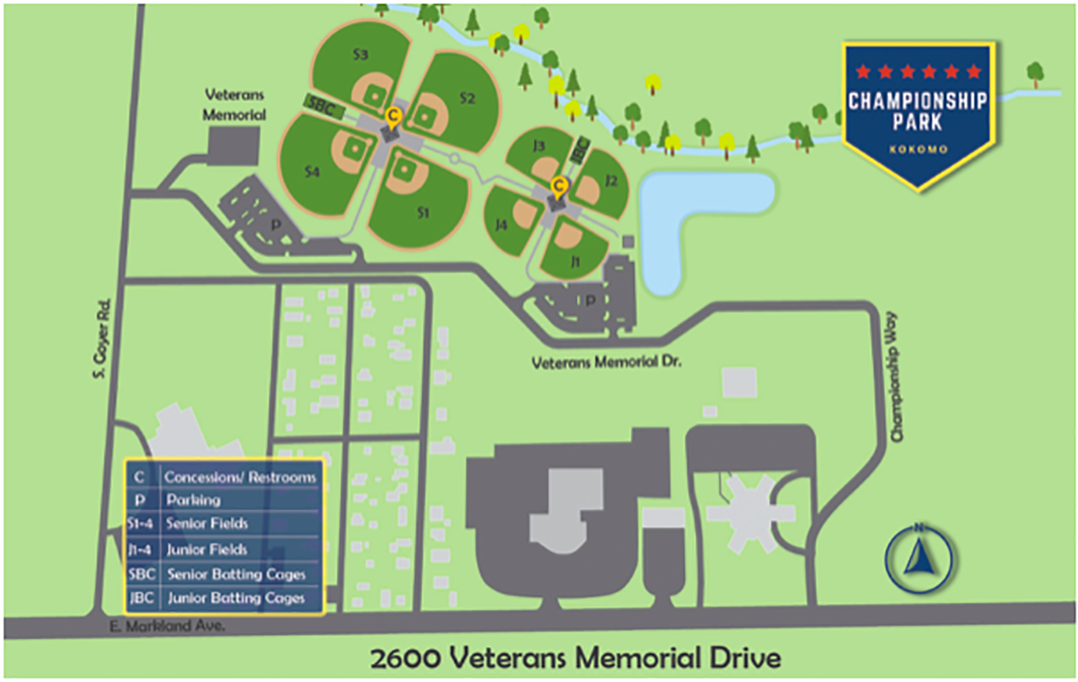 Rebates received from hotel rooms goes into the operational fund for Grand Park.

“It goes to continuing the operation for the campus and is very similar to our field rent revenues and all of those other items,” Grand Park Director William Knox said.

“That’s a nice chunk of change for us,” Knox said. “That could help offset or support additional field maintenance or add live screening to all the fields.”