You are at:Home»Current in Geist»Geist Cover Stories»Come together: Fort Ben Cultural Campus promises something for everyone

Seeking to shed its label as an art desert, especially in comparison to its Hamilton County neighbors, the City of Lawrence looks forward to opening the Fort Ben Cultural Campus, 8920 Otis Ave., Lawrence.

“When it is finished, I think it will be a pretty powerful tool to have in our community,” Lawrence Mayor Steve Collier said. “One of the coolest things about the Cultural Campus is that it has things for all ages to experience. I think (Arts for Lawrence Executive Director) Judy Byron and her staff did a great job creating events and creating opportunities for children all the way to adults to have a good experience.”

Byron obtained the funds for the project via a $5.85 million Lilly Endowment grant through the Arts for Lawrence. The Cultural Campus is what drew Arts for Lawrence Communications Manager Madison Henderson to apply for the position six months ago.

“It’s so awesome to be a part of,” said Henderson, 29, an Elkhart native who lives in Lawrence. “When this job came open, it was the perfect match. I love the idea of bringing people from everywhere, no matter what you have. It’s a free campus that gives access to everyone.”

The Cultural Campus was originally scheduled to open May 22, but the grand-opening festival has been moved to June 18 at 4:30 p.m. The grand-opening celebration will span the entire weekend. Organizers will announce details at a later date. Part of the reason for the pushing back the final unveiling is construction delays.

A Tour of the Cultural Campus 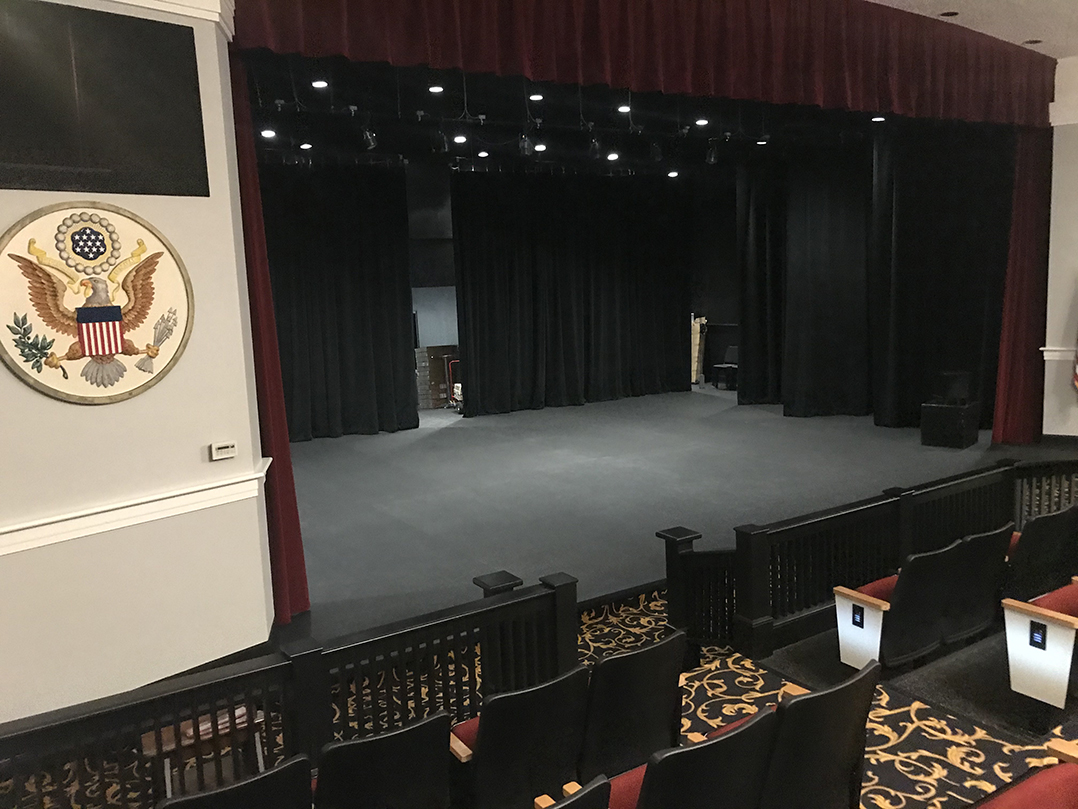 Renovated Theater at the Fort

Originally built 1929, the Theater at the Fort has been renovated. Original elements, such as the box office structure, have been incorporated with new ones, such as a glass American flag that was designed by Deferred Action for Childhood Arrivals recipients.

Plays and other live shows can be performed on the renovated stage. A screen descends from the ceiling at the front of the stage that Arts for Lawrence will use for Friday night movies during the summer. 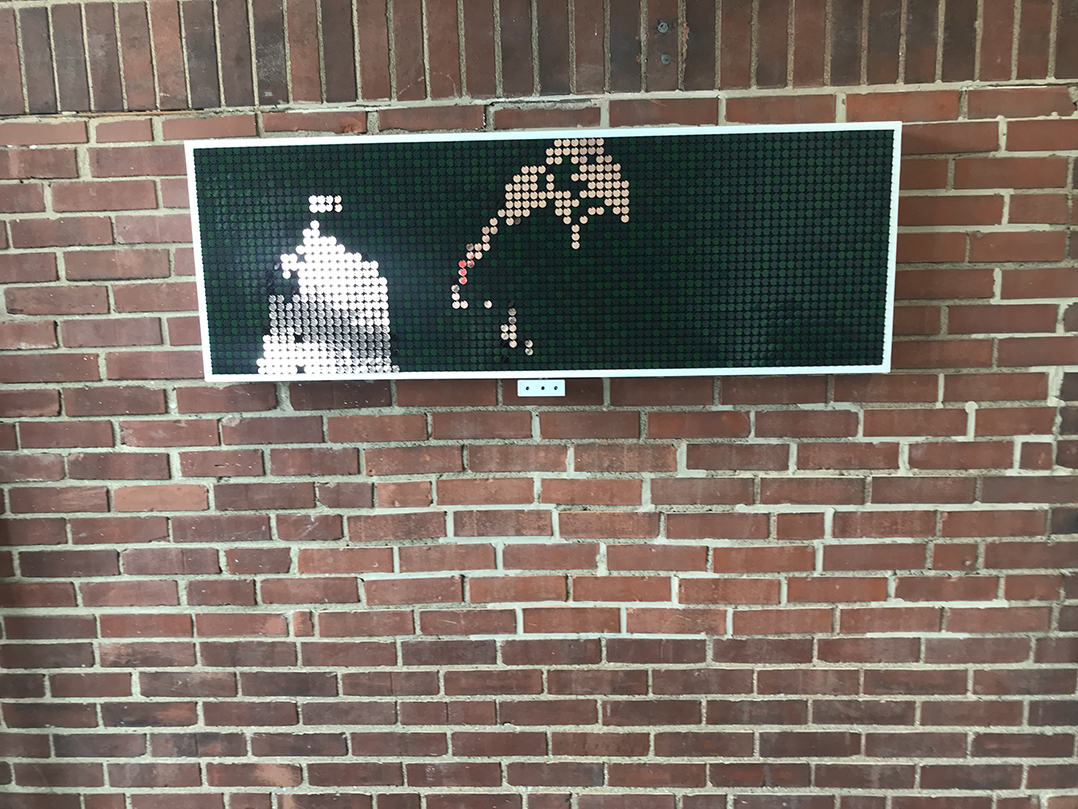 The image inside the frame is made up of hundreds of cells that flip to mirror anyone walking by or standing in front of it. When no one is passing in front of the image, the cells turn into a graph that displays the amount of green energy being used in central Indiana.

Each color represents a different instrument sound and, depending on how fast one swings, the song the swings play changes. When different swings are used simultaneously, the music harmonizes, and when all the swings are used at the same time, an entire piece is played. 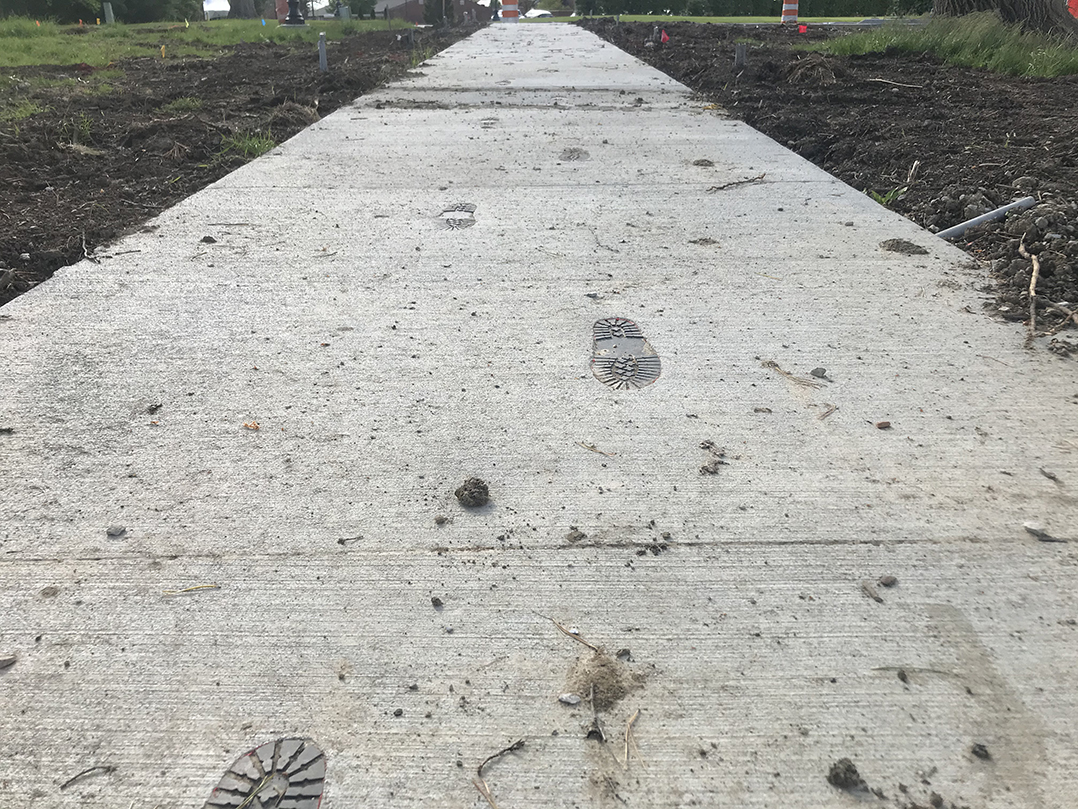 “If you catch it at certain times during the day, it will play a ‘Reveille,’” Henderson said. 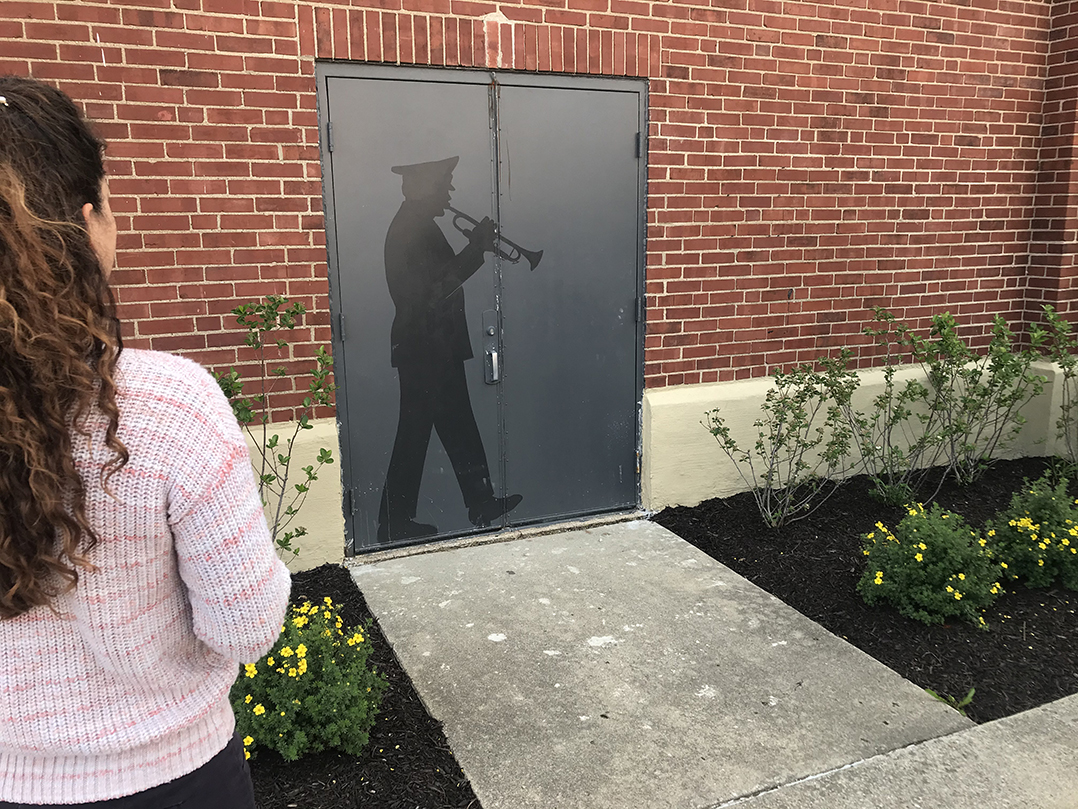 It likely won’t be completed in time for the grand opening, but the campus will eventually include an augmented reality app.

Discovered Arts for Lawrence will allow someone to tour the campus virtually or wander the campus and discover certain aspects coming alive. The virtual reality side will feature information about the artists and can be used anywhere. The augmented reality portion is set up as a scavenger hunt. 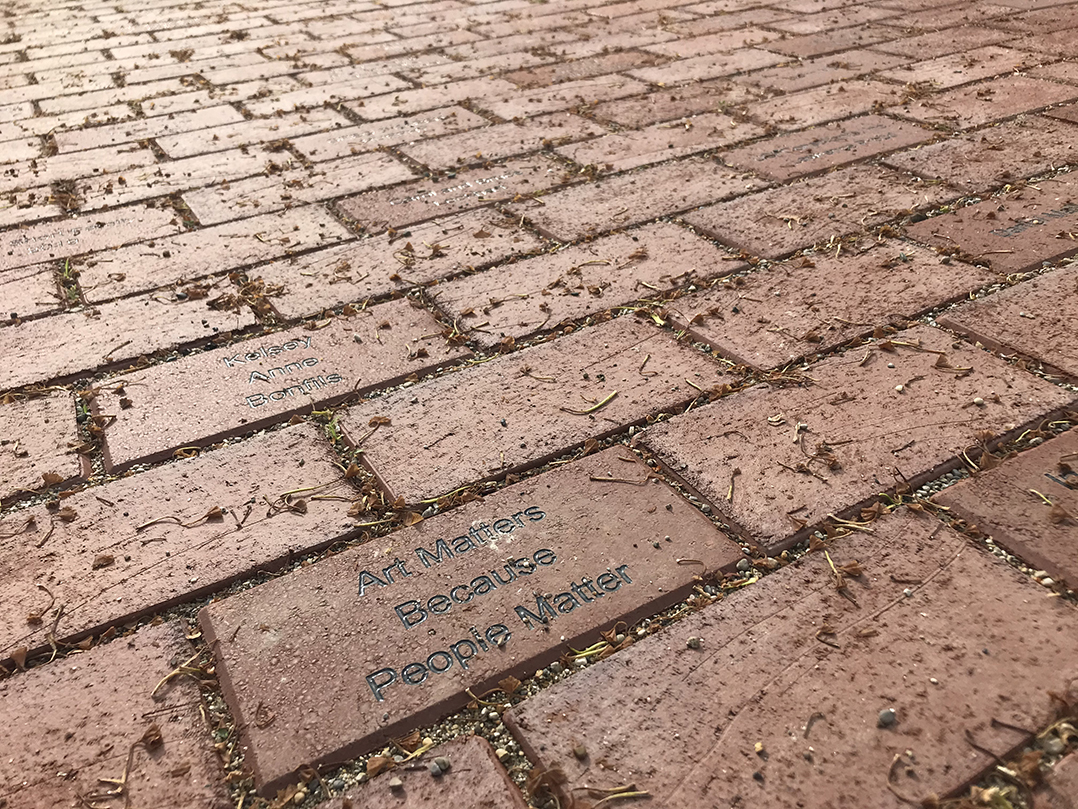 “These are all the people who supported us as benefactors, and in doing so their names will be part of the Cultural Campus forever,” Henderson said.