You are at:Home»Hamilton County»Town hall focuses on reducing stigmas for mental health, substance use disorder

Words do matter. That was the message Ben Wilson, the clinical manager of addict services at Aspire Indiana Health, shared May 12 at a virtual town hall, which was presented by the Hamilton County Health Dept. as part of Mental Health Awareness Month in May. 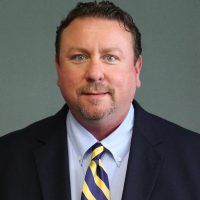 The theme was “Changing the Language: Reducing Stigma Among People with Mental Health and Substance Use Disorders.” Wilson said everyone can play a part in reducing stigma and discrimination by changing the way they talk about it.

Wilson said discrimination against people with addictions and other mental health conditions takes different forms, including in health care coverage, employment and the criminal justice system.

“People experiencing these stigmatized conditions of substance abuse and mental health conditions often face rejection, even bullying and discrimination,” Wilson sad. “They often internalize the stigma, which damages their hope for recovery.”

As an example, Wilson described how an emergency room physician said he wasn’t giving Wilson what he wanted when he sought treatment.

“He assumed I was drug seeking and that I wanted an IV of morphine,” Wilson said. “That experience was very disheartening and created a feeling of hopelessness. If the physician won’t help me, then who is going to help me? Many people don’t seek treatment out of fear of being judged or being discriminated against. Some who do seek treatment are treated differently by other health care providers. As a result, they often drop out of treatment earlier than those with other conditions.

“Their conditions worsen, and all too often, people take their own lives.”

“Words like ‘drug abuser’ and ‘schizophrenic,’ those types of words can evoke automatic negative thoughts and perpetuate stigmas,” he said.

Wilson said he used to refer to himself as a recovering addict and alcoholic.

“Those terms, even in the rooms of self-help meetings, those are terms of endearment,” Wilson said. “So, they aren’t always stigmatizing words but evoke negative thoughts. I’ve since recognized from being involved with the research that these types of words and phrases do often perpetuate stigmas, and people when they hear them, do have automatic negative thoughts.”

As a result, Wilson no longer describes himself as a recovering addict.

Wilson said “person-first language” suggests that the person has a problem that can be addressed.

“So, we can say a person with alcohol abuse disorder rather than alcoholic,” Wilson said.  “Instead of using the phrase committed suicide, we could say died by suicide.”

“That type of language promotes stigmas, so instead of saying the urine screen is dirty, we want to say it was a positive urine drug screen for opioids or positive for alcohol,” he said.

Wilson said instead of saying someone is clean, it would be better to use sober.

“I’m at fault for using of all these things, but I’m working on changing the language I use as well,” he said.

Wilson said he never assumes that people who use stigmatizing words do it intentionally.

“Just because someone says drug abuser or a urine screen is dirty doesn’t mean they have any intention of perpetuating stigmas,” Wilson said. “The best thing we can do is offer alternatives or suggestions.”