You are at:Home»Current in Noblesville»Noblesville Education»Noblesville Schools holds first of four DEI meetings

Noblesville Schools held the first of four diversity, equity and inclusion meetings May 13 at the new Noblesville Community Center. Supt. Beth Niedermeyer presented on the district’s DEI practices and addressed questions prior to residents sharing their concerns in breakout sessions for the remainder of the meeting.

Approximately 140 residents attended and were divided into 14 breakout groups, with a district staff member serving as a facilitator in each group. Niedermeyer said she received several comments about residents being dissatisfied with the meeting format consisting of breakout sessions rather than being a public hearing. She said if each attendee was given time to speak in a traditional public hearing format, the meeting would have lasted five hours. Instead, residents had the opportunity to speak in breakout sessions. 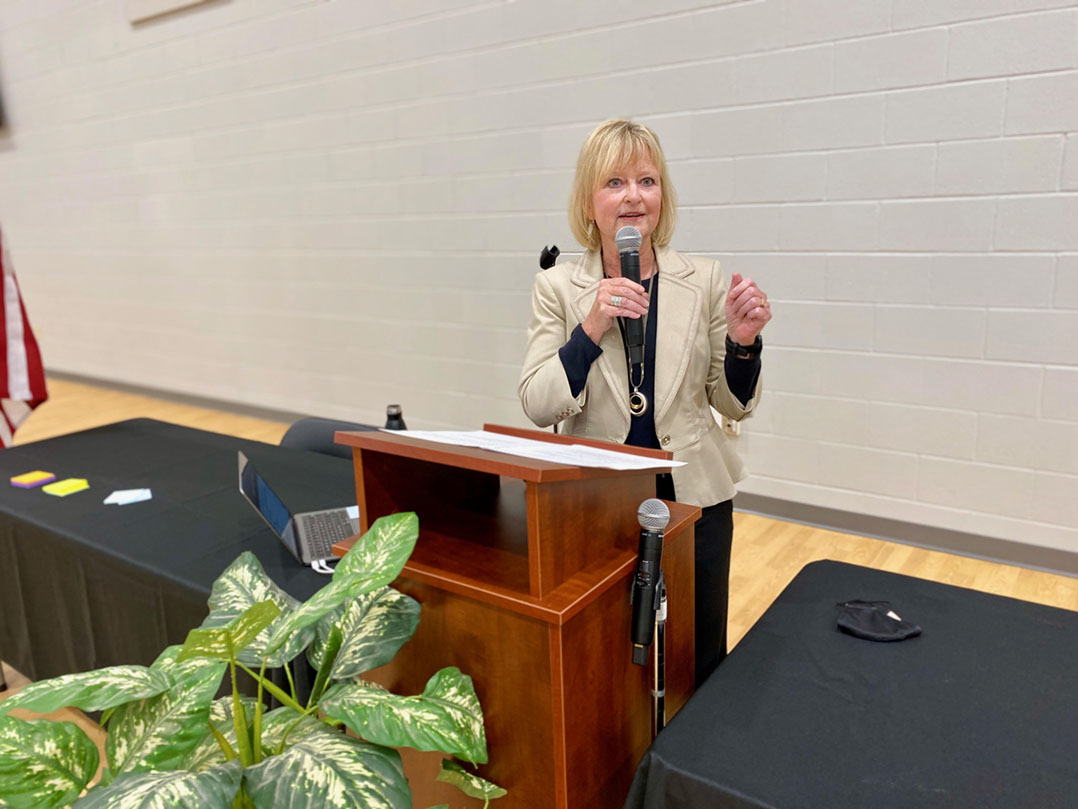 In her presentation, Niedermeyer addressed some frequently asked questions, such as if the district teaches or plans to teach critical race theory, which is defined as civil rights activists critically examining the law as it intersects with race and challenging mainstream liberal approaches to racial justice. Niedermeyer said it is not and will not be in any curriculum.

“DEI initiatives are the norm at most colleges and businesses, and we are no different,” Niedermeyer said.

Niedermeyer also said Noblesville Schools is required by law to submit a school improvement plan annually to the Indiana Dept. of Education. The plan includes a cultural competency component.

“We’re probably more diverse in Noblesville Schools than what you think we are,” Niedermeyer said before sharing the district’s diversity statistics.

Originally, the district only scheduled one DEI meeting but added extra sessions because of the overwhelming response. Each session is identical.

Media was not permitted to photograph, record or speak to residents in the breakout sessions because the district said it wanted participants to be honest and feel safe expressing their concerns. However, media was permitted to speak to residents outside the meeting, but many would not share their first or last names in fear of being perceived as racist.