You are at:Home»Current in Carmel»Carmel Community»34 homes proposed south of 146th Street in west Carmel 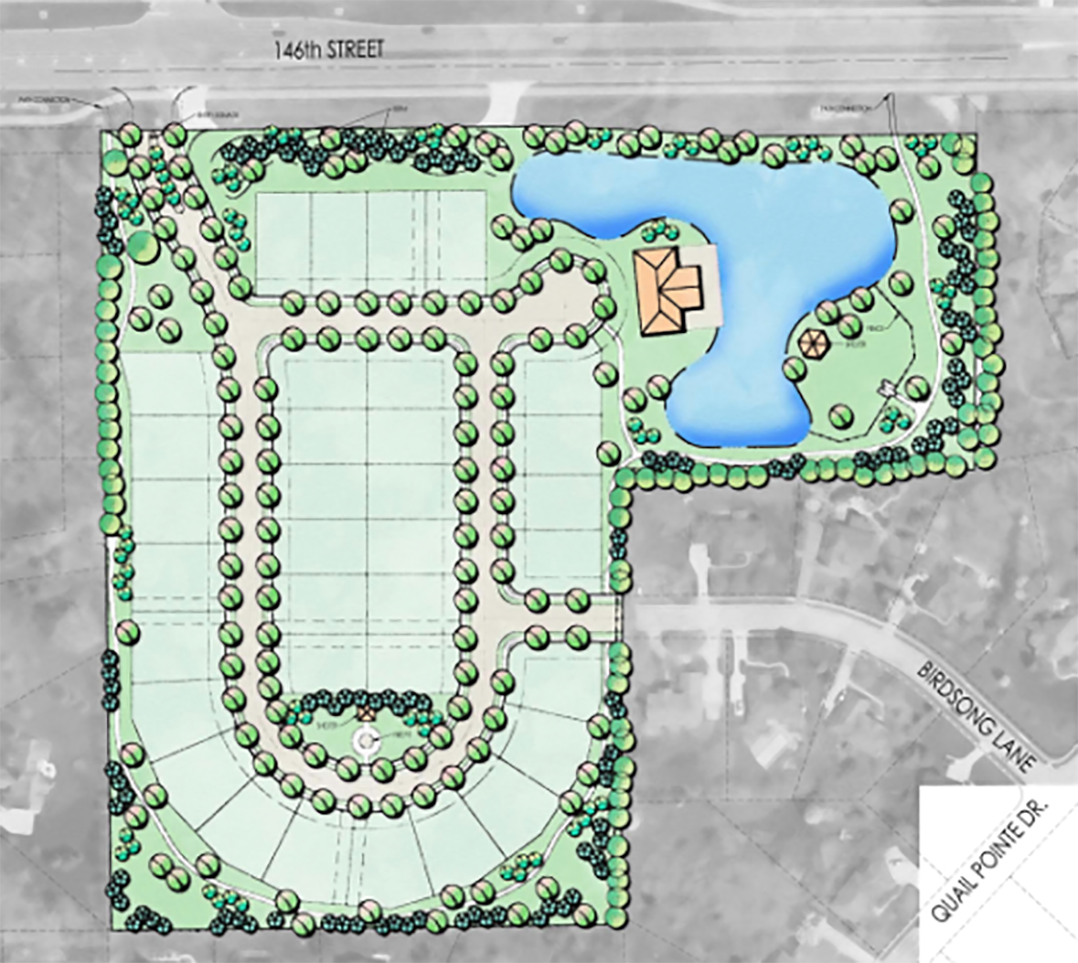 A 34-home neighborhood has been proposed south of 146th Street between Ditch and Spring Mill roads.

Scott Schutz of Less Impact Development has filed a request with the City of Carmel to rezone the 16.87-acre site from residential zoning to a planned unit development, which allows for various building types in one project.

Schutz declined to comment on the proposal at this stage of the project.

The neighborhood is planned to have single-family homes with approximately 6.5 acres designated as common area. Surrounding neighborhoods are Ponds West and Ballantrae to the east, Kingsborough to the south and Westchase to the west.