You are at:Home»Current in Carmel»Carmel Business Local»Carmel’s Sugar Creek Winery, nonprofits team up

“They are able to have a good fundraiser and not spend any money on rent, and I’m able to get new people to my wines,” Phillips said. “Some of (the nonprofits) have told me they have to spend a couple thousand dollars to rent a space, and that would eat into what they were trying to raise for their organization. They get to hold a fundraiser, keep most of the money and I introduce people to my space and wines and, hopefully, they will buy some and come back and buy more.” 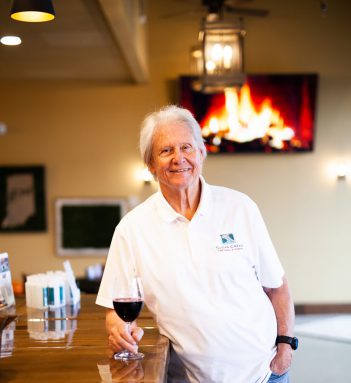 Phillips said his Carmel winery at 1111 W. Main St., Suite 165, is usually open to the public at the same if the nonprofit holds an event during regular hours.

“A lot of times they want to do something at an off-hour,” Phillips said. “They might want to do an afternoon and we typically don’t open up until 5 p.m.”

Phillips said sometimes a nonprofit might want to do a 1 to 4 p.m. event.

“Depending on the size of the group, I might be able to do it myself and I work cheap, or I bring in one staff member,” he said. “Generally, there will be enough wine sold to cover the overhead at least for the staff. I try to accommodate whatever they need as long as it’s reasonable.”

Phillips said the Girl Scouts organization held an event where it charged admission.

“So, the wine we poured to pair with Girl Scout cookies the Girls Scouts organization paid for, and they charged attendees $1 more a glass,” Phillips said. “Several of the attendees found a bottle or two they liked and would buy a bottle or two.”

The winery, which has been open 2 1/2 years, has hosted Make-a-Wish Foundation, Little Wish Foundation and an Alzheimer’s group, among others.