You are at:Home»Current in Carmel»Carmel Community»Pastors, senators talk immigration during ‘Virtual Hill Day’

The topic of immigration can bring out strong opinions on both sides of the political aisle, but a recent event was designed to connect religious leaders with lawmakers for a civil discussion of the matter. 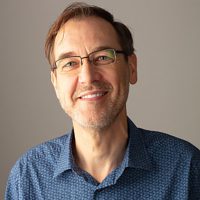 “It was definitely helpful to talk with senators’ staffers to make a personal connection and hear the senators’ perspectives on immigration issues and bipartisan legislative efforts,” said Schultz, a Carmel resident and pastor of preaching and community at Faith Church. “It was helpful and encouraging to hear how God is working in other congregations in reaching out and serving immigrant neighbors.

“It’s one thing to know there are others out there doing good work; it’s another thing to actually hear them share what they’ve been doing and hear their hearts for immigrants and refugees.”

The event included more than 65 meetings, some through Zoom and others on conference calls. Matthew Soerens, national coordinator of Evangelical Immigration Table, said the goal was to encourage senators to reach bipartisan consensus on immigration issues.

“We’re looking for some sort of legalization process that would not be an amnesty but would be a way for people to earn a permanent legal status,” Soerens said.

Soerens said the priority is to find a solution for “Dreamers,” immigrants who were brought to the U.S. as children.

“There is a lot of consensus that the population needs a solution quickly,” said Soerens, who also is U.S. director of church mobilization for World Relief. “If you look at polls, most people think we should let the Dreamers apply for citizenship.”

A 2020 Politico/Morning Consult poll revealed that more than three out of four registered voters say Dreamers should be allowed to stay in the U.S.

Soerens said there is more common ground on immigration issues than most people realize.

“As heated as immigration policy debates get on cable news, I wish more Americans could hear the kind of conversations that happen in a Congressional meeting like this where you have strong opinions, to be sure,” Soerens said. “But these are pastors who believe in civil dialogue.”

Soerens said the vast majority of conversations with representatives on both sides of the aisle was productive.