You are at:Home»Current in Carmel»Carmel Business Local»Pandemic leads MDG salons to consolidate in Carmel

The aftereffects of the COVID-19 pandemic convinced Travis Moore to consolidate his two MDG salons. 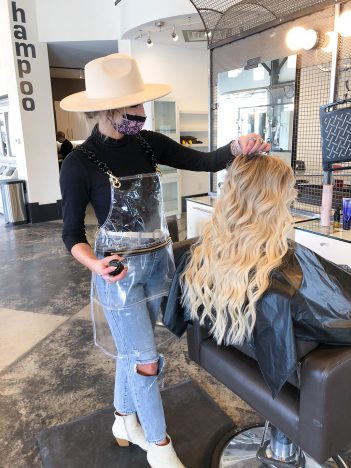 Moore, a Carmel resident, closed his MDG Salon in downtown Indianapolis in February, consolidating it with his MDG salon in Carmel at 820 E. 116th St., Suite 100

Moore said after reopening in June 2020 after closing down because of pandemic restrictions for two-plus months, the atmosphere was different.

“When we came back, downtown Indianapolis seemed to change overnight,” he said. “We relied on business from clients from Salesforce, Eli Lilly, IUPUI and OneAmerica, and now all those people are working from home. The decision to consolidate in Carmel was an easy one. The Carmel market is and has always been a lot more stable.”

MDG has a staff of approximately 30.

In 2011, Moore said the Carmel salon was relocated to its present site.

Moore owns Black Orchid Barbers, which opened in 2017 in Indianapolis, and has a Carmel spot inside MDG salon that opened in 2018.

“We have 6,000 square feet in Carmel. We’re enormous,” Moore said. “The Black Orchid Barbers takes up 500 square feet. It gave our new staff the availability to concentrate on the craft of barbering.”

The two salons are separate with different employees.

“I would say 95 percent of our clients at MDG are women,” Moore said.

“Our main clientele didn’t change a whole lot,” Moore said. “We saw a dip but nothing like we saw on the MDG side. It’s sad to see how downtown Indianapolis took a beating.”