You are at:Home»Current in Carmel»Carmel Community»Divers help lead Fishers to second-place finish in state 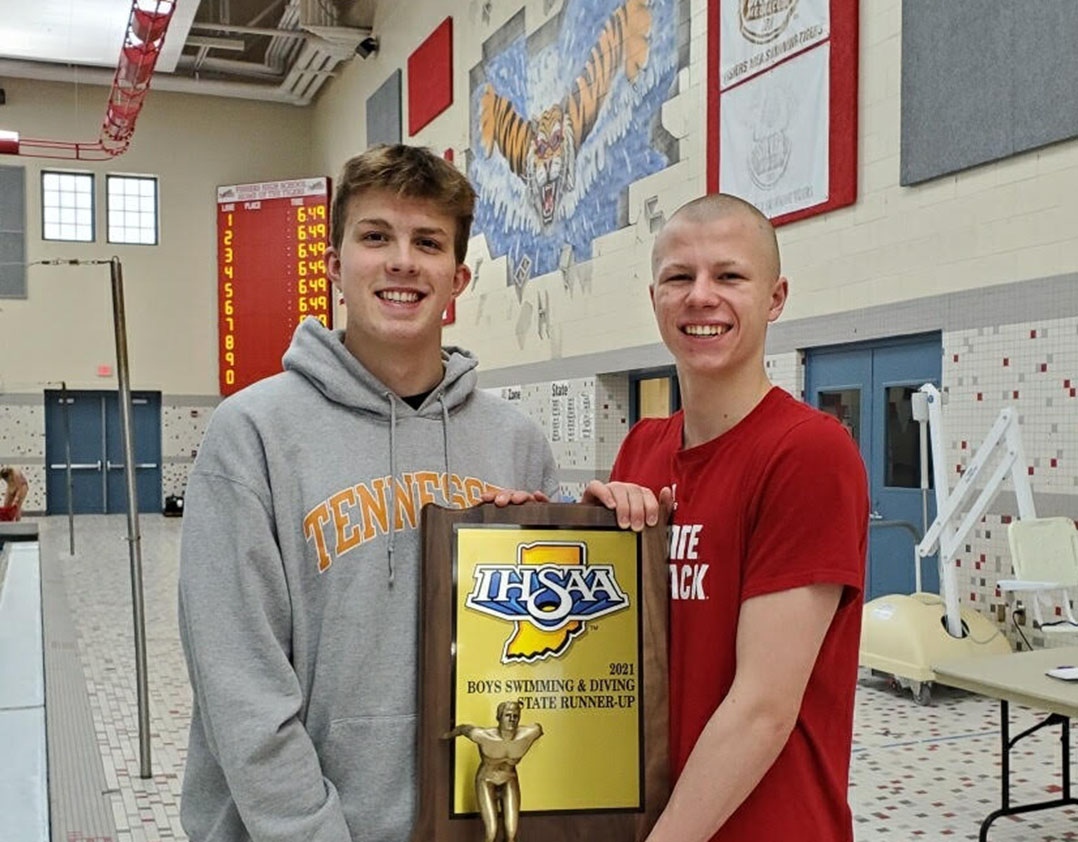 Fishers High School’s divers proved to be a springboard for the boys swimming and diving team’s success this season.

On the strength of its divers, Fishers edged Zionsville by 2 1/2 points to win the Hoosier Crossroads Conference title, which became a springboard success at the IHSAA swimming and diving meet.

“We knew going into the state meet that we were going to need our divers to score points,” Fishers coach Joe Keller said. “I told our guys that if we scored 30 points in diving, we really felt that would give us a shot at 200 points. We thought that would be a magic number (to place second). Those (divers) came through and scored 37 points. That was a huge difference-maker.”

The Tigers finished with 198 1/2 points to finish second in the Feb. 27 boys state finals, ahead of third-place Zionsville with 189 1/2. Carmel won its seventh consecutive state title with 360 points at the Indiana University Natatorium at IUPUI.

“The guys had a good game plan and executed the race well,” Keller said. “Jackson is now the third-fastest 500 freestyler in state history and Kyle is the fifth fastest. It took that performance to get it done.”

Carlile, a member of  the U.S. Junior National Team who will swim for Indiana University next season, was second to state record holder Jake Mitchell, a 2020 Carmel High School graduate, in the 500 freestyle in the 2020 state finals.

Carlile overcame a bout of mononucleosis at the start of the season, which lingered into January.

“He showed perseverance and fortitude,” Keller said. “We had some days where we had to back off training and give him a day just because of his illness. For him to do what he did is a real testament to who he is as a person.”

“Everyone was able to get their job done,” Keller said.

Keller also said crucial to the team score was the 200 medley relay qualifying for the final and finishing eighth.

“Jimmy is in his second year and he’s done a great job, obviously,” Keller said.

Hamilton Southeastern coach Andy Pedersen was so happy for Keegan Streett’s hard work that delivered him a state title in the 200 freestyle.

“He has been a dedicated student-athlete throughout his four years here and he earned that victory with outstanding time management, hard work in and out of the pool and a resilient attitude,” Pedersen said.

Pedersen said Streett swam a calculated first 100 yards and then followed with an amazing third 50 yards, which led to him securing the victory in the fourth and final 50.

“Known to be one of the hardest events to plan for strategically, Keegan was simply brilliant in the 200 free with that swim,” Pedersen said. “He not only used physical preparation to win that race but swam the smartest race of his life.”