You are at:Home»Current in Carmel»Carmel Community»Ram shakes off isolation to obtain Aussie Open success 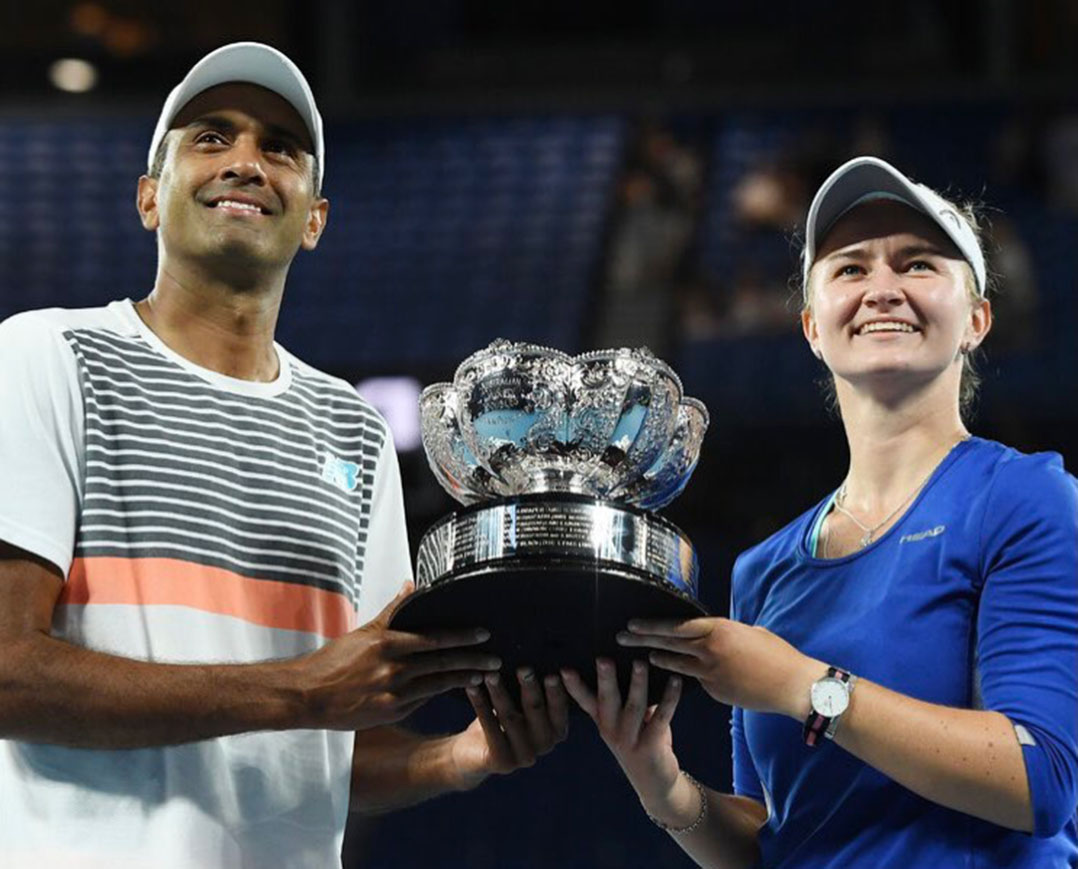 Considering Rajeev Ram had to spend his first 14 days quarantined alone in his hotel room, his trip to Australia turned out quite well.

“So, there was no practice or anything for the first 14 days,” said Ram, who said there were positive COVID-19 cases on his plane flight to Melbourne, which included other tennis players. “They gave (me) a bike and a couple of weights, but nothing is able to replicate being outside and running around, hitting balls.”

Staff would leave meals outside his door. His trainer was in the next room and Salisbury was two rooms down.

“I couldn’t even peek my head out to talk to them,” Ram said.

After Ram could finally leave his room, he had just three to four days to practice before his first men’s doubles match in a warmup tournament. Ram and Salisbury lost their opening doubles match Feb. 3 at Melbourne.

“We were not expecting much and didn’t (do) much, to be honest,” Ram said. “We highly considered not even playing. The result was insignificant to us because of the size of the event and (we) didn’t want to risk anything injury-wise.”

However, Ram was gradually able to regain his form.

“It was a great couple of weeks,” Ram said. “It was challenging, for sure, because after my 14 days, I was not in the best shape physically, or in general. I had to take it slow. We (Salisbury and Ram) didn’t play our best and still came out with a great result. We put ourselves in a great position to win another one but didn’t quite get it done.”

The mixed doubles victory was Ram’s third Grand Slam title, all at the Australian Open. He is ranked No. 17 on ATP Tour’s men’s doubles ranking. His career-high ranking was No. 5 in February 2020.