You are at:Home»Current in Westfield»Westfield Cover Stories»Winners, all: Westfield athletics sees success across all eight teams

Most everything in 2020 has been negatively affected by the COVID-19 pandemic. An exception, however, is the Westfield High School football program, which is enjoying unprecedented success from top to bottom.

“We had the most successful fall season athletically that we have (had) in a long time,” varsity head coach Jake Gilbert said.

As of press time, the varsity team was 9-1 and the JV and freshman teams were undefeated. Collectively, the football program’s record was 26-1. The eighth-grade team was 9-0.

“So, that’s pretty good in our (Hoosier Crossroads) conference,” Gilbert said. “This is only the second time we have ever won the conference and first time we won it outright. Even when we won the state championship, we finished second (in the) conference.”

Like teams across the state, the Shamrocks couldn’t perform their normal offseason training because of gathering restrictions during the spring and summer. Players were largely responsible for their maintaining their own conditioning.

“Those are some of the reasons that things wouldn’t go as well in general, but then in spite of that, from a football standpoint, we have had the best season ever,” Gilbert said.

Gilbert credits the resolve of the students and the staff for the on-field success.

“I think our kids have truly prepared and practiced every day with a grateful heart,” he said. “We told them from the beginning that you never know, and football can be taken away from us at any moment, and we’ve really been grateful just to play. I do believe that we have worked really hard and limited the selfishness of the team.”

Gilbert said because of the pandemic, the team had to adapt to new routine for everything from practice to strength training to team meetings.

“We have to be really good at this point because we have been building the program through the youth over the course of the years, so we are not surprised, but at the same time, we play in such competitive situations it’s hard even when you’ve worked hard for it to all come together like this,” Gilbert said.

“Our volleyball team finished second in the conference, so they had a really good year,” he said. “Both of our boys and girls cross-country teams advanced to semistate. Then, boys soccer won the sectional. Girls golf won conference, won the regional and finished fifth in the state.”

Boys tennis had a doubles team advance to the regional.

“Girl soccer didn’t accomplish any benchmark goal, but they had a very good year as well, as far as they tied the No. 3 team in the state and then beat the No. 3 team in the state in the sectional,” Tebbe said. “Overall, it’s hard to really compare year to year to year, but it was for sure one of the more successful fall seasons across the board for all eight teams we have ever had. Just considering we are competing in the biggest class in the state, no matter what the sport is, I think it goes to show that Westfield is a small fish in a big pond.

“We do more than hold our own and compete for a lot of championships, and we’ve shown we can win big games in different sports, so it’s just been a real fun fall.”

Although the fall season hasn’t concluded for football, the school’s winter sports teams are gearing up for what they hope will be winning campaigns.

“We feel with winter sports we will have similar success,” Tebbe said. 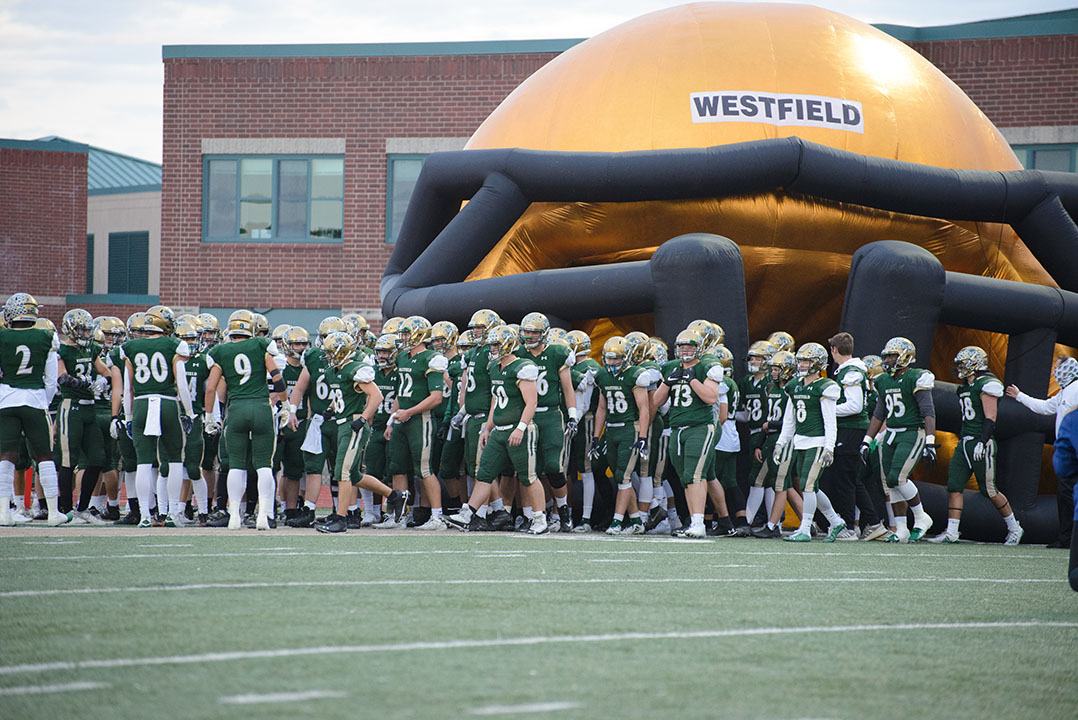 “I think the main thing there is, when people ask about our success, I think a lot of it is because our kids put in the work and work their tails off, but I feel like our coaching roster is just so solid,” Tebbe said. “We have coaches who have been head coaches for multiple years, so in a time like COVID and dealing with different things involved in that, our coaches handled that very well and helped prepare the kids very well. They kept the kids on task and helped these kids through home workouts to prepare them, so once the season did start, there wasn’t that huge learning curve.”

Tebbe also credited the school’s strength and conditioning program for the fall success.