During the summer, the Fishers Police Dept. Dive Team unearthed a 1987 Camaro and a minivan during different dives in Geist Reservoir. Although many residents might not be familiar with the team, it has been diving since the early 2000s. 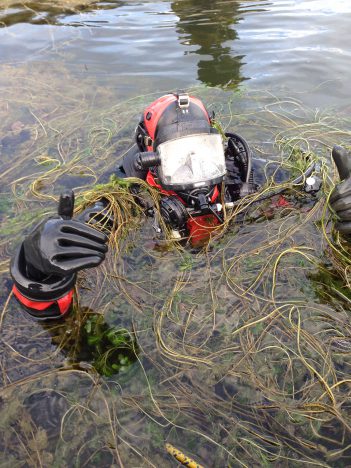 An FPD diver dives in a heavily vegetated area.

To join the dive team, officers must attend a six-week dive school. They dive with full face masks with integrated communication, so they always are in communication with the surface team.

“There are earbuds over both sides of the head by the ears that are speakers that work underwater, and inside the mask is a microphone,” Janes said. “It’s a safety aspect, so the person on the surface can know if something’s going on or if the person underwater needs assistance.”

Divers also dive with surface-supplied air, which means they are connected to airlines that travel to the surface and can supply air indefinitely. Divers have air packs on their backs as emergency backups.

“We really take safety as a priority,” Janes said. “It is inherently dangerous in public safety diving, and about three to four divers nationwide are killed, many during training accidents. We really put focus on the safety aspect when doing training.”

Indianapolis Fire Dept. divers were killed during training accidents in 2000 and 2002.

“That made us all in the metropolitan Indianapolis area take a definitive look at how to conduct trainings and how to train people to make them understand. Everything we do has to make sense and be done in a safe manner,” Janes said.

During training, divers have their masks removed and are required to put them back on. They also must dive with duct tape over the mask because most of the diving they do is in zero-visibility water.

“You can put a hand in front of your face, and you can’t see anything most of the time in Geist or in retention ponds,” Janes said. “(Search) is mostly by feel, waving arms back and forth to feel what’s under there. We have to have a small search pattern if we are looking for something small, like a knife or gun used in a crime, and we have to go very slow and meticulous across the area.

“If we are looking for something bigger, like a car, we can make patterns wider and more quickly locate that item.”

Janes and his team also respond when there’s a drowning or an accident.

“Geist keeps us fairly busy,” He said. “About once a year, we have a drowning in Geist.”

The FPD searches in rescue mode for the person if it has been less than an hour since they went under. After an hour, the search transitions to body recovery.

“There is a chance of survival (up to an hour), and a lot of things go into that,” Janes said. “The colder the fresh water, the younger the person, there are documented cases of people being submerged up to an hour with successful resuscitation with CPR and warming them up and they suffered no neurological injury.”

There are nine members on the FPD dive team. 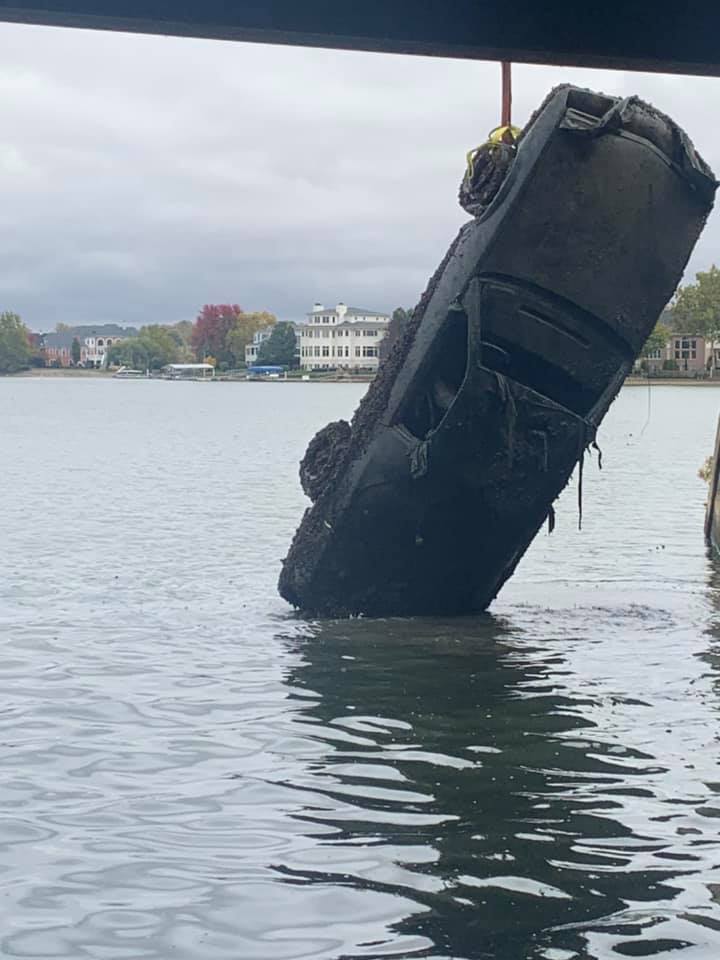 A 1988 Camaro was recovered by the Fishers Police Dept. Dive Team this summer.

In October, the Fishers Police Dept. found a 1987 Camaro submerged in Geist Reservoir.
“I believe it was reported stolen in 1988, and we believe it had been under there that entire time,” FPD Lt. Mike Janes said. “That’s 32 years underwater.”

A fisherman with a new sonar unit located the car and called the FPD. 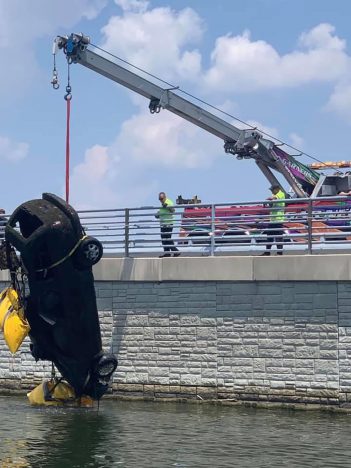 A minivan is one of the items the FPD Dive Team has recovered.

“Until we pull it out, we don’t know the background of that vehicle,” Janes said. “So, we can’t just drop down there and run a license plate and come back up. We need to make sure there are not any human remains in there.”

There were no human remains in the car. Janes said the FPD believes the car was stolen and dumped into the water.

Earlier in the summer, the FPD also recovered a minivan that was stolen in 2004. To get it near a bridge so a wrecker could lift it out of the water, the police department used lift bags, which are strapped to the vehicle and filled with air to make it rise.