Gilroy recently moved from Washington, D.C., to Westfield to serve as the unit commander for the Army National Guard’s 127th Cyber Protection Battalion. The battalion was activated Oct. 3.

“The activation ceremony is really just symbology for the beginning of the unit’s existence, so we are in the building process right now,” said Gilroy, 37. “We are at about 50 percent personnel, so recruiting is our main priority right now.”

The 127th Cyber Protection Battalion is one of five in the nation through the National Guard. The battalion’s mission is to conduct defensive cyberspace operations on military networks to support mission requirements. There are two battalions in Virginia and one each in Massachusetts and South Carolina.

“Our focus on the cyber domain continues to grow within the National Guard and (Dept. of Defense) at large,” Gilroy said. “Technology rapidly changes, so we must also be prepared for that change. As the battalion commander, I must help my organization make the appropriate course correction.”

“He trusted me with a $3-billion-dollar training budget, so it was natural for him to trust me in building the cyber battalion,” Gilroy said. “He also likes to claim he picked me because of the data analytics books I enjoy reading. So, he recruited me to come to Indiana to lead the cyber battalion.”

As the battalion’s commander, Gilroy is in charge of the entire structure.

Gilroy has served in the Guard for 17 years. She attended the University of Saint Francis in Illinois on a softball scholarship, but because the scholarship didn’t cover all expense, she joined the National Guard in 2003.

Originally, Gilroy didn’t plan to make a career of the Guard. She said she always pictured herself working a civilian job. But in 2005, she deployed to Iraq as a medical service officer. She returned in 2006 for six months before deploying in 2007 with another medical unit to Kuwait.

“When I was in Kuwait, I met a battalion commander there from Illinois, and he offered me a job in Chicago working for (the) military part time,” Gilroy said. “I said, ‘OK, I can do that.’”

Gilroy will deploy again in the coming year to Fort Meade in Maryland.

“A huge advantage for cyber over other branches within the Army is that we can do everything we need to do stateside,” she said.

Although Gilroy is the unit’s commander, she doesn’t know much about cyber technology.

“I have a ton of technical experts working for me,” she said. “They don’t need me on a keyboard, they need me managing missions and leading troops.” 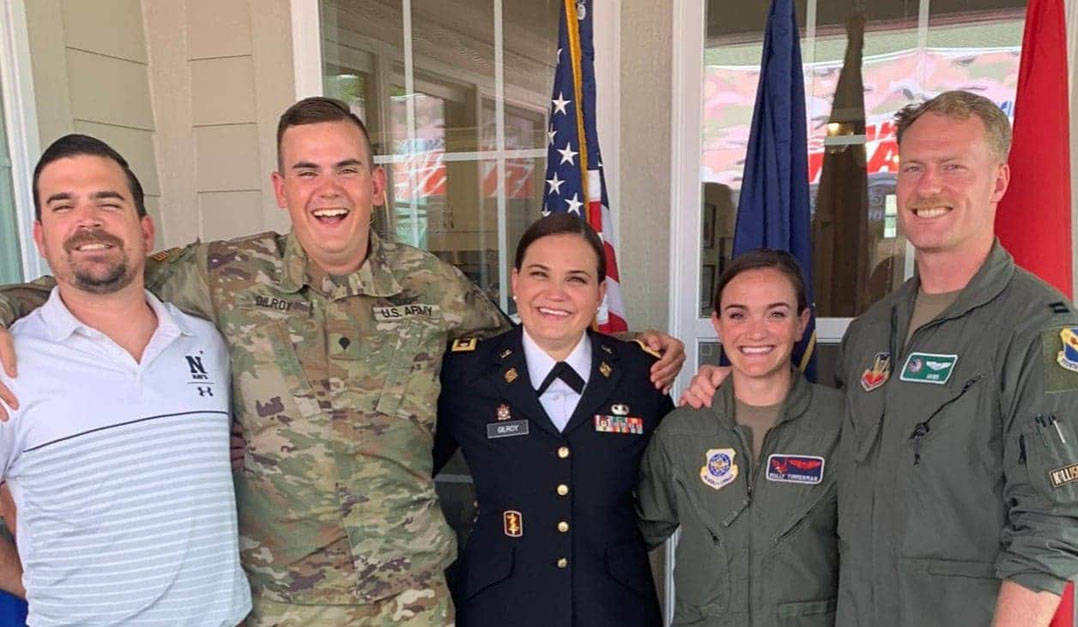 Lt. Col. Rose Gilroy was supposed to move to Indiana in March to serve as the unit commander for the 127th Cyber Protection Battalion, but the plan was delayed due to the COVID-19 pandemic.

She moved in June.

Many of her co-workers suggested areas like Plainfield or Avon, but she wasn’t sure that was the right environment. When someone suggested Carmel, she drove around Hamilton County and felt more at home in Westfield.

“I came here to Field Brewing (in Westfield) and saw myself just being able to hang out here,” she said.

Gilroy enjoys riding her bike on the Monon and visiting breweries and wineries. She likes to run and enjoys reading. She’s currently reading “The Kill Chain” by Christian Brose and “Dark Territory: The Secret History of Cyber War” by Fred Kaplan. She also enjoys reading Sophie Kinsella, as the British dry humor makes her laugh.