You are at:Home»Current in Zionsville»Zionsville Community»Ottinger continues to feel a calling to help 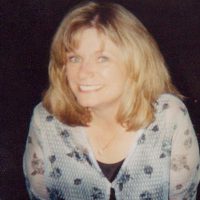 Debbie Ottinger has worked for the city of Lebanon for eight years and served as a Boone County elected official since 1991, yet she said a calling to help people has inspired her to seek another elected office, that of the Boone County Recorder.

Ottinger, 65, is running unopposed for the county’s recorder position and will finish the last year of her two terms as Boone County treasurer before filling the role. She also serves on the county’s mental health board and as the chairwoman for the Boone County Republican Party.

“I love serving the public,” Ottinger said. “I’ve been able to serve the residents of Boone County all this time at different levels, and being around people is what I enjoy the most. Whenever I’m around people, it’s a good day for me.”

“That recording can make a difference,” Ottinger said. “It’s not a high-profile position, but the importance of that position is overwhelming when it comes down to any type of legal issues.”

Ottinger, a Lebanon resident, was raised in Boone County and has lived in the county for the entirety of her life. She graduated from Lebanon High School and attended Ball State University.