Fady Qaddoura’s journey to America and experiences here put him on a mission to serve the public. 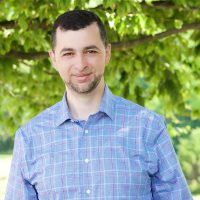 Qaddoura is running as a Democrat for the Indiana Senate District 30 seat, which, among other areas, represents the southern part of Hamilton County. He is facing incumbent Republican John Ruckelshaus in the Nov. 3 election.

The three main things that drove Qaddoura to run is his life journey, his experience working for the public sector in governments and the consequences of the 2016 elections on the local level.

Qaddoura came to the United States as an immigrant from Jerusalem at age 19 and describes himself as a proud citizen.

“I was raised by a poor family that struggled to make ends meet, but they loved me and they invested in my education and I came to the United States to pursue the American dream,” Qaddoura said.

Qaddoura said he suffered discrimination as a Muslim after the Sept. 11 terrorist attacks in 2001.

Living in New Orleans, Qaddoura and his wife and then newborn daughter became homeless after Hurricane Katrina in 2005.

“Through that experience, a person or a nonprofit approached us and offered us a meal that day,” Qaddoura said. “At that point, I was just finishing my master’s in computer science at the University of New Orleans. My heart was touched by the generosity and the kindness of strangers who had a deep compassion and love for humanity. All these experiences reshaped me and rewired me at age 25 in 2005 that I was going to spend the rest of my life as a public servant. I’m going to put every single moment into serving others.”

Qaddoura came to Indianapolis with his wife and two daughters, now ages 12 and 15, to finish his second master’s degree in public administration from IUPUI. He then completed his doctorate in public policy and philanthropy at IUPUI.

“Then as a city controller for Indianapolis, I had the firsthand experience of seeing how the state legislature directly impacts a city’s abilities to invest in their own communities, whether it’s infrastructure or education or quality of life. The state had so much influence on things at the local level,” he said. “That was a real eye-opener for me.”

The third reason he decided to run began in 2015 when then-Gov. Mike Pence banned Syrian refugees from coming into Indiana.

“Not only because I’m a proud immigrant, but I felt it was wrong and discriminatory,” he said.

In addition, Quaddoura said the state’s Religious Freedom Restoration Act was discriminatory against the LBGTQ members of the community. It was later amended after protests.

“I felt our elected officials and the super majority in the state of Indiana were sending a message to the entire country that we are not a loving or compassionate state and we don’t welcome everyone in Indiana,” Quaddoura said. “Then Mike Pence got appointed vice president and Donald Trump and Mike Pence instituted a ban on Muslims coming from Muslim countries. The promotion of messages of hate and discrimination against immigrants, LBGTQ and Black and brown members of our community, against women and individuals with disabilities offended every fabric of my values and our community’s values inside District 30.”