You are at:Home»Current in Carmel»Carmel Community»Byer seeks return to Hamilton County treasurer’s office in top spot 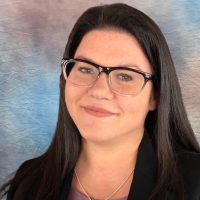 Susan Byer is convinced she can implement positive changes in the Hamilton County treasurer’s office.

“I loved my job in the treasurer’s office and have always been focused on customer service,” she said.” I believe I can put integrity back in the office.”

After being fired by Templeton in 2018, Byer filed suit against the treasurer’s office for wrongful termination. Byer alleged she was fired because her supervisors were concerned she would expose improprieties regarding late payments being accepted for Good’s family members without a penalty, which her supervisors denied. Good countered with a defamation lawsuit, and that same day Byer filed to run against Good for Hamilton County treasurer in the May primary.

An investigation by a special prosecutor concluded in late 2019 that recordkeeping practices in the treasurer’s office were insufficient to determine if penalties were waived for late property tax payments but that even if this occurred it did not violate any laws. Good dismissed her lawsuit against Byer in July after they reached a settlement. A judge ruled in July there was not enough evidence for Byer’s suit to proceed against the treasurer’s office.

Byer won the nomination by defeating Good with 52.1 percent of the vote in the Republican primary. Byer now faces Democrat Jake Madore in the Nov. 3 election.

“I tried to run on my merit in the spring and not focus on the controversy around my lawsuit,” Byer said. “I believe the people were ready for a change and voted for me to achieve that. I hope they will keep supporting me for a win in the general election.”

Byer said she had thought of running for treasurer but wasn’t counting on it being this soon.

An Arcadia resident, Byer has served the county for more than 14 years, with just more than 13 of those in the treasurer’s office as the bankruptcy/lender deputy.

Byer said to increase government transparency, she plans on implementing new internal controls that will protect the county as well as taxpayers. Byer said a long-time frustration with paying taxes online is that there is no safeguard when entering a parcel number. If residents mistype one digit, they pay someone else’s property taxes unknowingly. Byer said she plans to put into place an extra step to confirm the correct payment is made.

Byer said she also plans to make tax information more easily available to taxpayers and their agents. She said she will safely invest county funds within state parameters for the maximum return during this uncertain economic climate.

“The internal controls that I plan to implement for credit card payments will be new to my knowledge,” said Byer, who is an active member and parent leader in two Hamilton County 4-H clubs, having been a member in her youth as well.