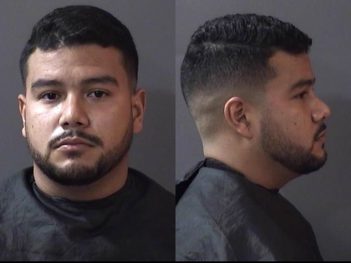 Based upon evidence gathered at the scene and witness statement, the crash occurred when the Mercedes struck the rear of the Toyota. Evidence also showed probable cause that Chagollan was intoxicated at the time of the crash. After receiving medical treatment, Chagollan was transported to the Hamilton County Jail.