You are at:Home»Current in Carmel»Carmel Community»Exhibit features rare books, art 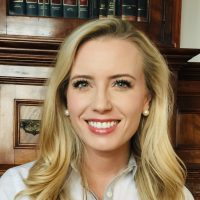 Alexandra Hudson figures this is a perfect time in American history for this exhibit.

“Some Books Make Us Free” is an exhibition of artistic interpretation of rare books at the Harrison Center, 1505 N. Delaware Sr., Indianapolis.

“I’m thrilled to be involved in this initiative of the Harrison Center which is able to marry all the things that I love, which is classic ideas of human freedom and human dignity, rare books and great works of antiquity that contribute to the freedom that we enjoy today and also art and civil discourse,” said Hudson, who is serving as Harrison Center’s Scholar in Residence. “We have commissioned local artists to interpret and respond to and bring to life the themes of these rare books.”

Visitors can view rare books from which the commissioned art will be inspired, including an 18th-century edition of the “Magna Carta,” an early edition of Samuel Johnson’s famous “English Dictionary,” first edition of Jean-Jacques Rousseau’s “The Social Contract,” a first edition of Henry David Thoreau’s work and an original, first edition of Alexis de Tocqueville’s “Democracy in America.”

“Harrison Center is eager to spark a public conversation about this important issue. We are thankful for the strong partnerships that have made this possible,” Harrison Center Executive Director Joanna Taft said.

Hudson said panels with national and local leaders are planned throughout the month.

“The broad theme of the exhibition is citizenship and American identity,” Hudson said. “We’re trying to create a conversation of what we have in common as Americans despite our deep divisions. More relevant to our current moment is, we’re exploring the themes of political dissent and social protest as this freedom, and also sometimes a duty of democratic citizenship. When a regimen does not have the freedom to express a difference of opinion or criticize a government, that’s a telltale sign of tyranny. We’re in a moment where we are seeing a lot of people raise their voice and criticize the status quo of racial justice.

“That’s something we should celebrate, of course, not the violence, not the destruction of private property but free assembly, free expression and protests. America was founded on those ideas.”