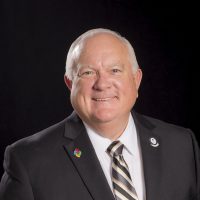 The Jefferson Award for Multiplying Good is awarded to local unsung heroes who make the world a better place through volunteering and community service.

Ryan received the award for his dedication to helping Hoosiers across the state, whether it be through feeding the hungry, supporting and honoring military veterans or championing financial education at the credit union he leads.

He has helped raise more than $300,000 to build the Indiana Military Veteran Hall of Fame, helped raise thousands of dollars to feed the hungry through programs such as Pack the Pantries and FCFCU’s charity golf outing and helped provide free financial education to Indiana residents on an annual basis.

“As a credit union, Financial Center is dedicated to giving back to the communities we serve, so the ability to be involved is a blessing for us,” Ryan stated. “I was honored to receive this award and recognize that this type of recognition is the result of the efforts of many people including our employees and Board of Directors.”