You are at:Home»Current in Geist»Geist Cover Stories»On the ice: Sled hockey offers Paralympic sport for individuals with physical disabilities

“On the ice before my team played was the sled hockey program.”

Sled hockey is an adapted sport for individuals with physical disabilities. In lieu of skates, players are seated in a two-bladed sled. They have two sticks, each 2 1/2 feet long. One stick has a pick on one end, which players use to push themselves across the ice. The other stick is used to handle the puck.

“I asked to speak to the leaders of the sled hockey program. I met with a husband and wife whose son was 14 and was playing since he was 8,” Weber said. “As he explained the impact it made on their son, they had tears in their eyes and I got tears in my eyes, and I said, ‘I think I need to bring this to Indianapolis.’”

“It’s for anybody with physical disabilities,” Weber said.

“One of the challenges with veterans, especially those with physical disabilities, is they just don’t get out very much, and we know the impact that hockey and that all sports can have on veterans and individuals with disabilities,” Weber said. “Sled hockey is a Paralympic sport, and six players from the USA Olympic Team are all wounded warriors and all double amputees. There’s some cool stories with that.”

Indiana Disabled Hockey practices weekly from October through March at the Fishers Fuel Tank, 9022 E. 126th St., Fishers. The sled hockey team has a separate youth and adult team. There also is a hockey team for the blind or visually impaired, which is combined with youth and adult players. Blind hockey is played by using an oversized metal puck filled with ball bearings.

“It makes noise, so that’s how they play hockey,” Weber said. “(Those players) traditionally stand up and use regular sticks. Verbal communication is a lot more important.

“I run the sled hockey side of it and a visually impaired individual runs the (blind hockey) side of it.”

Daniel Belding of Indianapolis operates the blind hockey portion of the program.

During the season, a tournament is held each month. Most are in Chicago, St. Louis or Michigan.

Indiana Disabled Hockey doesn’t have any fundraisers or events planned, but Weber hopes to offer an event at the Fuel Tank before the hockey season starts. He expects the event to be sometime later this month or in September. 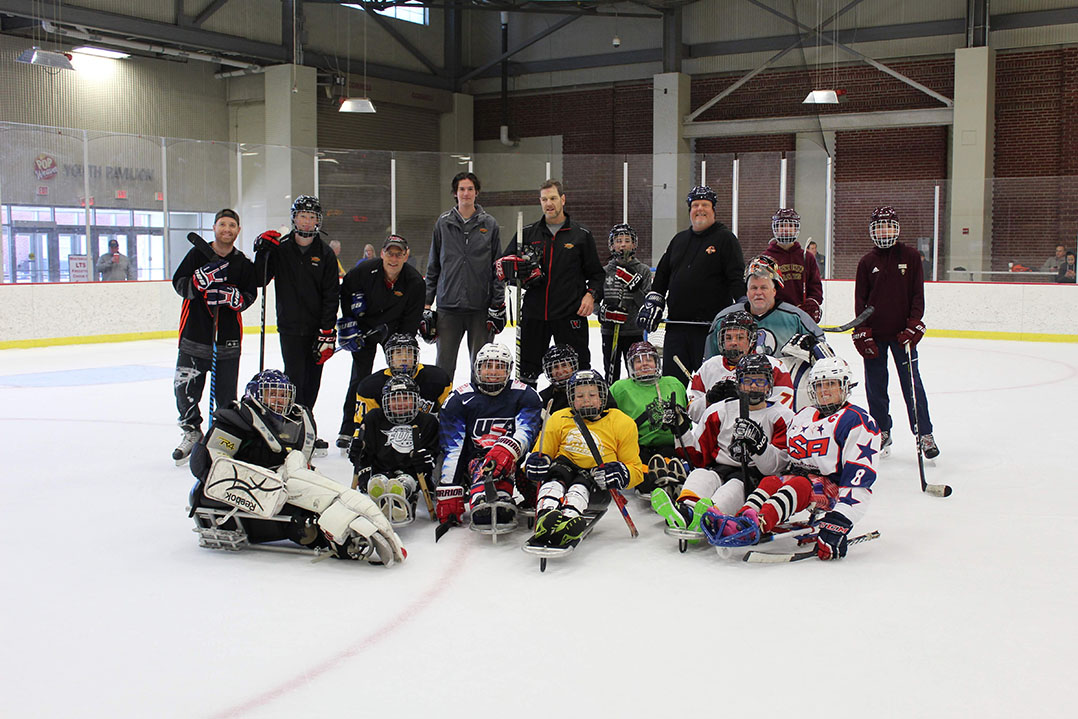 Players participate in sled hockey. Sled hockey is played on a sled with two blades. Each player has two sticks. (Submitted photos)

The effect of COVID-19

Because of the COVID-19 pandemic, Indiana Disabled Hockey lost a lot of its funding sources.

“We did lose a fair amount of our funding sources from last year because, and rightly so, they were directing those funds to organizations that support employees and displaced workers and things like that,” Indiana Disabled Hockey founder Duane Weber said. “We always need sponsorships.”