You are at:Home»Current in Zionsville»Zionsville Cover Stories»Doubling down: Zionsville officials reaffirm their stance on racial inclusion

On July 7, town officials were made aware of an employee who allegedly posted “offensive and damaging statements” on a personal social media account. Town officials stated they “do not condone the statements that appear to have been made by the employee, and the statements do not reflect the town’s values in any way.”

“The Town of Zionsville holds employees to the highest of standards and code of conduct when posting on social media, and we strongly reaffirm our commitment to responsible and respectful social sharing,” the town said in a statement. “The conduct of employees on and off duty is something we take very seriously.”

As of press time, the town had not publicly identified the alleged employee. The employee was placed on administrative leave, pending an outcome of an investigation, according to town officials. When asked for comment on July 7, Zionsville Public Information Officer Amanda Vela stated in an email said town officials had no further comment.

Screenshots captured online appear to indicate a member of the Zionsville Fire Dept. or someone with access to its social media accounts posted claims stating George Floyd is still alive, describing Floyd’s murder as “all a show.”

Many on social media praised the town’s swift action to place the employee on administrative leave. Others questioned the town’s move, arguing an employee should have the freedom to express opinions when not working in their official capacity. It was not immediately clear how long the internal investigation will take.

Zionsville resident Aaron Williams, 34, said public officials can “quickly erode the trust that the public has within that individual and the organization they represent.”

On July 6, a father of two children who attend Zionsville Community Schools questioned ZCS Supt. Scott Robison’s tone in a letter sent June 5 to ZCS parents at the school system’s board meeting.

In the letter, Robison addressed comments that current and former ZCS students made at a June 1 Zionsville rally held in response to Floyd’s death. Robison said he struggled after hearing the students say they felt ostracized in the school system.

“That was my entry to say (racism) still exists,” Robison said. “It’s a fact that kids in the past and the not-so-recent past have heard things like a whip crack by students passing in the hallway who wanted to ostracize them simply because their hair is different or their skin is different.”

The father, Matthew Leung, said he believes Robison should refrain from using his official position to express what he called personal political opinions.

Robison said the letter addressed what actions the school system is taking to combat racism in its schools and closed with “the teaching of compassion and comprised a solid offense against racism.”

“So, maybe I am being offensive, because I think we need a solid offense against racism,” Robison said after thanking Leung for his comments. “I’ve used my voice and influence in this way, and I will continue to do so as a superintendent of ZCS.”

The same night, the Zionsville Town Council passed a resolution calling for social justice at its meeting. The resolution was in response to Floyd’s death and stated the town welcomes all residents and does not discriminate or allow racism.

“We, as town council, we, as elected officials, have a responsibility to make sure that our community is inclusive and that people are welcome here, regardless of who they are and especially our Black neighbors,” councilor Alex Choi said.

Williams, a Black man, called the series of events “very refreshing and welcoming.”

“As a resident of Zionsville who has already experienced what I perceive to be a racist incident when I was out riding my bike, it is important for us as residents to know that those who are duly elected and charged with representing the best interests of Zionsville have these thoughts and ideals,” Williams said. “The resolution that the town council passed, I applaud them for passing the resolution.

Williams said a white man on a trail in Zionsville spat at him after two women accosted him on the same trail and said he shouldn’t be on the trail after he passed them on his bike. He said the three allowed others, all white, to pass without saying or doing anything.

“What are we doing by action, not just in words with a resolution, to actually ensure Zionsville is diverse and those who come here feel welcomed?” Williams said. 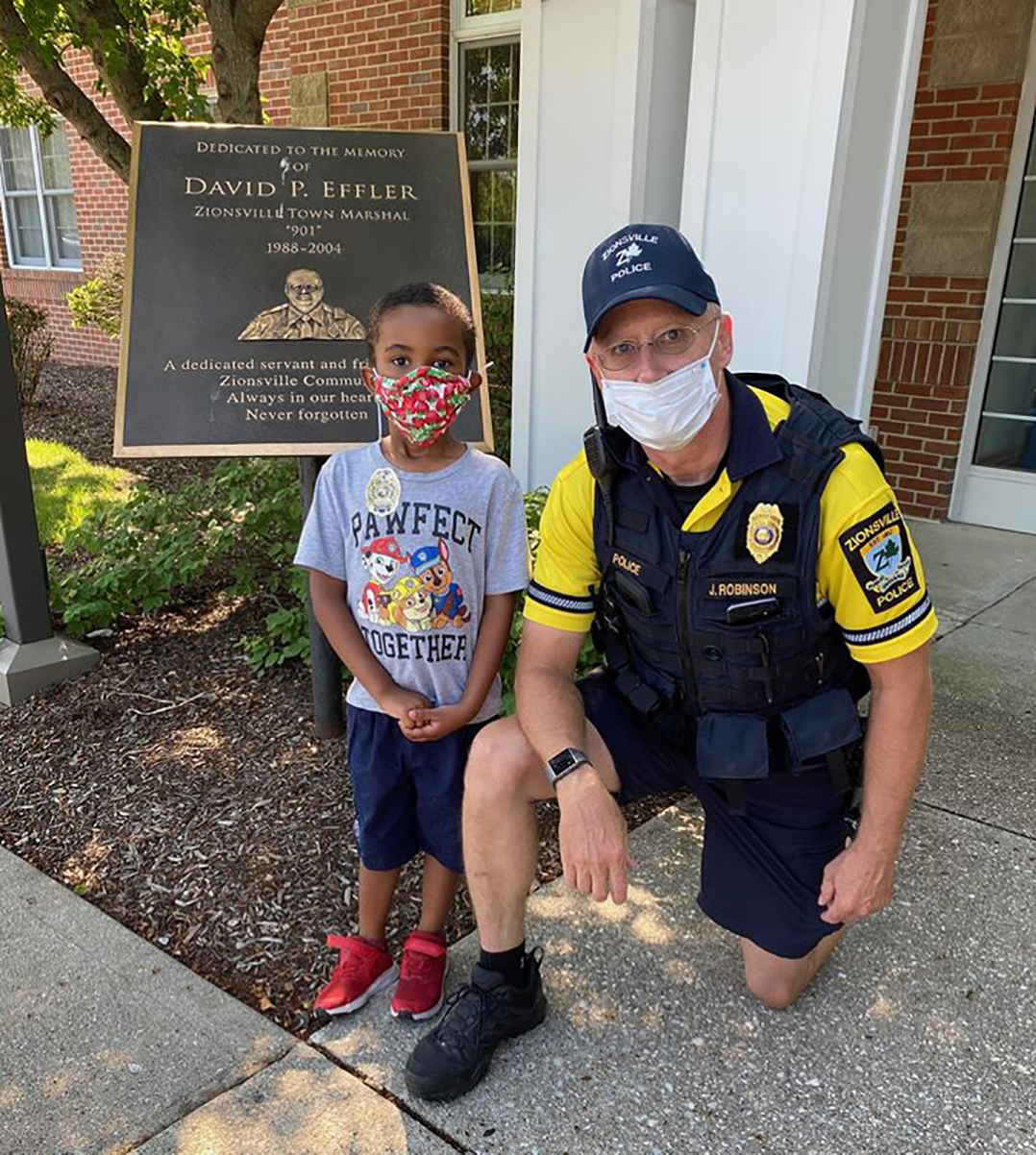 Bike to be Heard

“It is also to show support and solidarity for increasing community policing relations while making our communities a better breeding ground for diversity and inclusion,” Williams said.

The event is scheduled for 8 p.m. July 18. Participants are instructed to meet at the former Lids headquarters at Creekside Corporate Park. A full police escort will guide bikers on the 5.4-mile ride.

The event was designed to provide families with a safe way to show support for the social causes advocated at the event. Williams said not everyone feels comfortable attending a protest or a rally, so organizers wanted to give families and children a safer way to show their support.

Register for the ride at bit.ly/31k9kGi.