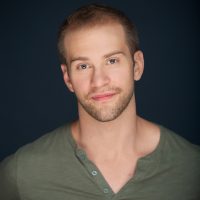 Corlew plays 12 different suspects in the Indiana premiere of “Murder for Two” at Actors Theatre of Indiana at the Studio Theater at the Center for the Performing Arts in Carmel. The performances start Jan. 24 and run through Feb. 16.

“I’ve never had to play and sing and speak quite as much as this as I’m playing,” Corlew said. “It’s nonstop.”

All of the voices have different accents and inflections.

“There is lot of mechanical practice of going from one accent to another quickly,” Corlew said. “It’s been one of the hardest things I’ve ever done, and I can’t wait.”

Adam LaSalle plays the role of the police officer attempting to solve the murder of a famous author.

“It’s a dream show of mine,” LaSalle said. “We’re both playing piano throughout the show. We both have a challenge of carrying the show and passing it back and forth.” 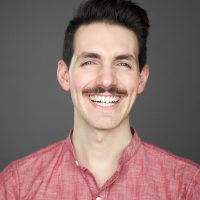 LaSalle said he loved the play since the first time he saw it.

“I always wanted to play this part and, hopefully, one day play David’s role,” LaSalle said. “Having to worry about all those voices and characters, David has more of the technical challenge. The piano is a good challenge for both of us. Everything I wanted in a show is in this show. I get to be silly. I get to be fun. I get to play the piano. I get to be wacky. It’s a murder mystery, so it keeps you guessing.”

LaSalle, Corlew and director Tony Clements are all making their ATI debuts. LaSalle and Clements are based in New York and Corlew in Chicago.

“It’s wild, it’s crazy, it’s funny, and the music is great,” Clements said. “You can’t help but fall in love with these two actors.”