“We’ve recently awarded (bids for) the 126th interchange,” Taylor said. “We had a groundbreaking event there. Most of the work people are seeing today is prep work for maintenance of traffic for next year. The majority of the work done this year is a temporary widening of State Road 37 to allow for four lanes to continue through (during construction).”

Construction is under way on 131st Street to widen it in two lanes each direction to manage traffic detours. There also are active drainage line projects for the southern and northern drainage lines.

“The purpose of these two drainage lines being constructed is because we are depressing State Road 37 and taking it under the cross streets similar to Keystone (Parkway),” Taylor said. 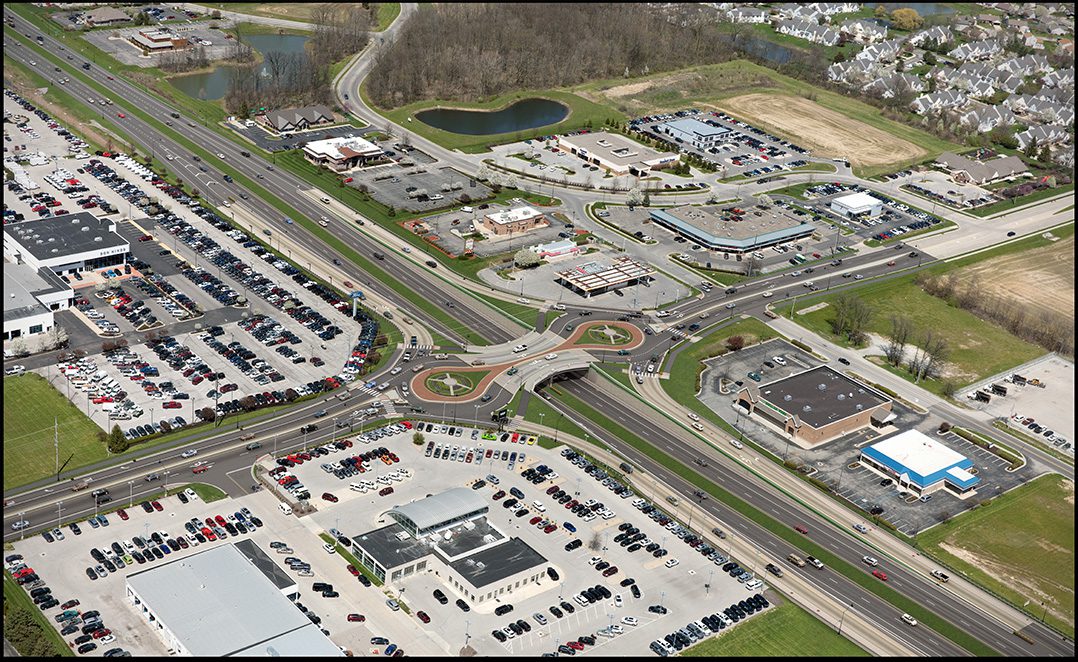 A rendering of the roundabout interchange at 126th Street and Ind. 37. (Submitted rendering)

“We won’t encourage anyone to change their routes until they have to, whenever we start constructing,” Taylor said. “We will be shifting traffic onto the east side of 37 so we can construct the west side, and in order to do that, we have to close down access from 126th to the west to 37. So, that traffic will be detoured elsewhere and signed appropriately by utilizing Allisonville and 131st.”

The closure will occur in the spring. Drivers will be unable to access Ind. 37 from 126th Street if coming from the west because the first half of the roundabout interchange will  be constructed. A similar closure/construction will occur on the east side. The 126th Street and Ind. 37 interchange is expected to be open by the end of the 2020 construction season.

Construction on the 146th Street interchange will begin in the spring as well.

“146th Street is going to be a two-year construction schedule because of the amount of traffic on 146th,” Taylor said. “We set that maintenance of traffic up to allow for east-west traffic to still flow for the whole duration.” 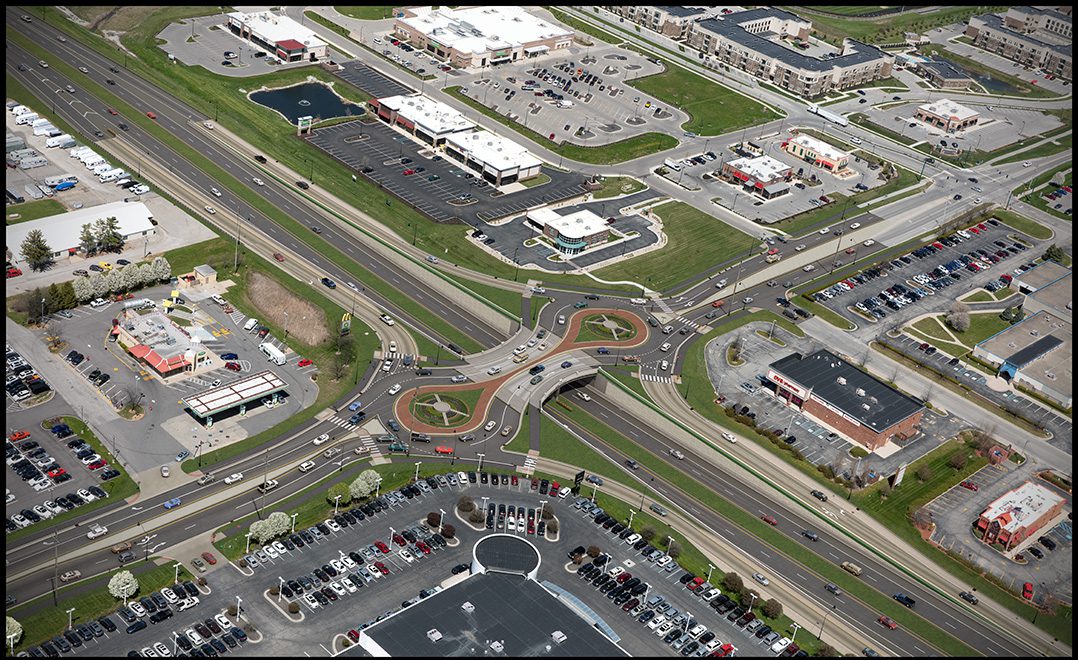 A rendering of the roundabout interchange at 131st Street and Ind. 37. (Submitted rendering)

“The traffic generated there is lower but also there needs to be separation between the interchanges. We need to have space for an on-ramp and off-ramp, and with interchanges at 126th and 131st, those were extremely tight,” Taylor said.