You are at:Home»Current in Westfield»Westfield Cover Stories»In the black: Grand Park operating budget breaks even, annual debt payments to be covered by TIF in 2023

Mayor Andy Cook acknowledges Grand Park, in an of itself, isn’t abundantly profitable. But he notes it wasn’t supposed to make much money in the first place.

Rather, it was designed to establish a commercial tax base to Westfield.

“Why did we build Grand Park?” Cook said. “We did not build it to honor baseball or soccer or to make money from day-to-day operations. Grand Park was built to create a permanent tax base of the hospitality industry.”

“Sports is a big deal throughout the country and also here in the City of Westfield,” Knox said. “It’s a $15 billion industry. Of all of the tourism sectors, the one most resistant to the downturn in the economy — a lot of times you’ll find corporate and leisure travel decline during a recession – usually sports tourism continues to stay steady.”

Grand Park costs approximately $6 million a year to operate. It breaks even on operating expenses. Cook has suggested using funds from the food and beverage tax, which are expected to be $1 million in 2020, for Grand Park operating expenses, which would allow the sports campus to generate $7 million for its cost of $6 million.

“Our strategy has always been to have the capital cost paid by (tax increment financing) districts,” Havard said. “We are actively implementing over 55 percent of our capital expenses paid by TIF districts next year.”

Cook said the $85 million bond has always had a 25-year indebtedness.

“Our goal was, by the year 2023, that that we would have enough property taxes in the commercial area generated to fully cover the annual debt, or mortgage payment, so to speak,” Cook said. “That was the original intention, so when people ask me, ‘Is Grand Park working?’ All you have to do is look at the over $1 billion of private investment that has been made in the City of Westfield commercially over the past five years.

“Now, some people may say, ‘Well, not all of that is due to Grand Park.’ Well, OK, cut it in half. A half a billion dollars of new investment that is paying taxes every year,” Cook said. “That is really why we built Grand Park. The rest of it has been kind of fun. It’s been truly a national, if not international, identity for Westfield. Its operations are beginning to pay its way totally, and the debt was calculated to be covered by the TIF district in year 2023, and we are right on schedule to do exactly that.” 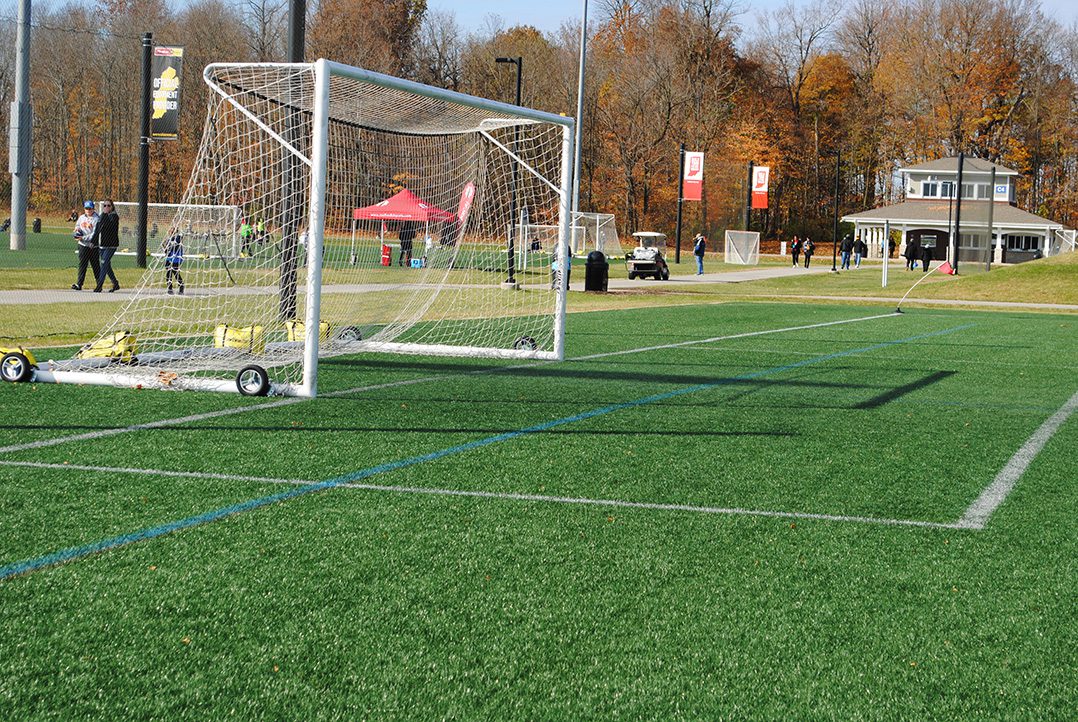 “This allows our guests to stay a lot closer to the campus and overall have a lot better experience,” Grand Park Director William Knox said.