There is a natural correlation between serving in the military and on the police force.

Officer Paul Meehan is one of several members of the Carmel Police Dept. who are either active in the military or are veterans. 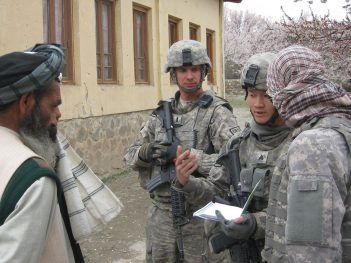 “Being forced into stressful situations in the military and knowing how to deal with that really helped me out for the police world,” said Meehan, a captain in the Army Reserves.

CPD officer David Commodore and Meehan have been with CPD since July 2018.  Commodore was with the Marion County Sheriff’s Office for more than five years.

Commodore, 35, was active duty in the U.S. Army for six years and got out of the National Guard in May after six years.

Meehan, a Westfield resident, was a police officer in Everett, Wash., for nearly seven years.

The police departments in Everett and Carmel have been understanding of his military obligations.

“Both chiefs have been supportive in a way I need, whether it’s training or whatever is extra,” Meehan said. “As I get up there in rank, the military is going to require more and more of my time, because my responsibility is greater.”

Meehan, 34, grew up in Huntington. He moved to Everett because his wife, Natalie, was then active in the Navy and transferred to Washington.

Meehan is an operating officer in a battalion outside of Detroit and does two weeks a year of annual training. He also serves one weekend a month and does other administration work through the week.

Meehan, who was deployed to Afghanistan from 2010 to 2011 as part of an engineer battalion from Ohio, has been in the Army Reserves for 11 years.

During his deployment in Afghanistan, his unit searched for, and disarmed, improvised explosive devices.

“I did about 38 combat patrols for IEDs,” he said. “The rest of the time was doing operations work.”

Commodore, a Noblesville resident, said he this year was a good time to take a break because he is relatively new to CPD.

“I’m thinking of going back in to get my 20 years (of service),” Commodore said. “Do another eight years and, voila, retirement.”

“I was an intelligence analyst, drafting reports, when I was deployed,” he said. “Going active duty was a great stepping stone into adulthood. I went in right after high school. It taught me a lot of life skills. It was very beneficial. I got to travel the world with the military, a lot of different states and countries.”

CPD Sgt. John Govin, a Carmel resident, has been with the Air Force Air National Guard for 13 years and with CPD for nine years. He is an Air Force technical sergeant, performing aircraft maintenance on computer systems, navigation and flight instruments.

“My actual job in the Air Force is not as similar because I work on airplanes,” he said. “It’s a fast-paced environment. It’s demanding if you work on an aircraft and something goes wrong, because that’s somebody’s life in that airplane that you can’t mess up. It’s the same way in this job. We deal with a lot of situations where, because of the high stakes, there is little room for error.”

The two positions give Govin the best of both worlds.

“I always wanted to be a police officer, and I’ve always been obsessed with airplanes,” he said.

Govin wanted to be a pilot grownig up, but he knew his eyesight wasn’t going to be strong enough to allow that.

“Aircraft mechanic was another way to get me involved,” he said. 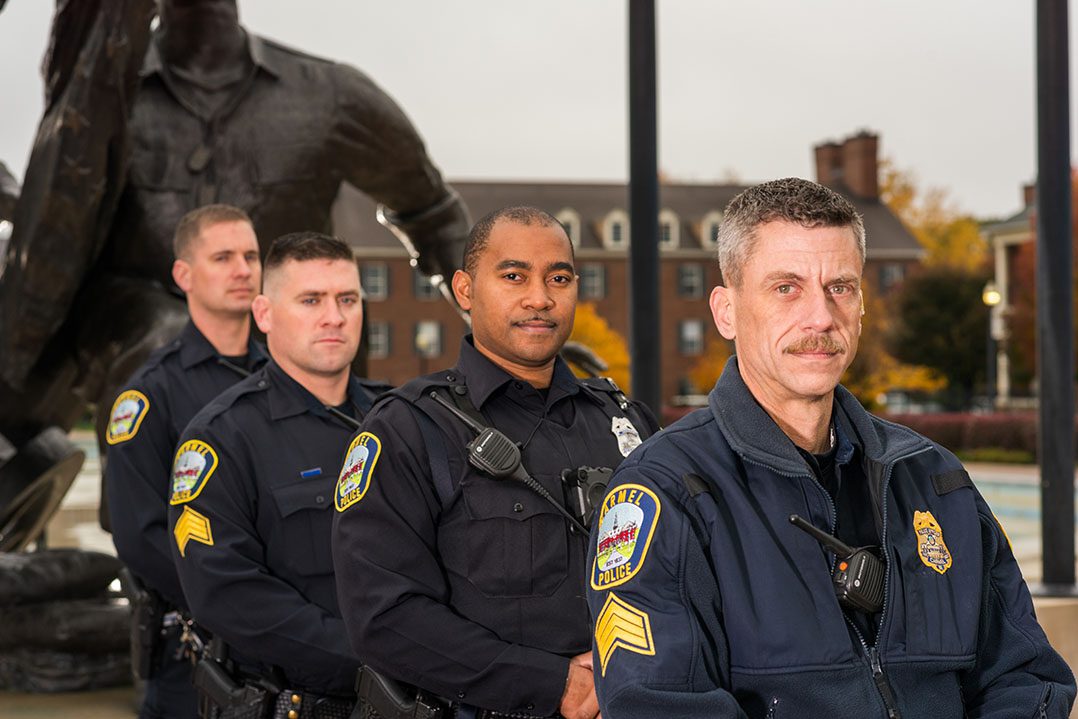 Sgt. Michael Todd Rush has been with CPD since 2003. He joined the Air Force in 1994, left active duty in 1998 and has been in the Air Force reserves ever since.

Rush, who was deployed to Iraq for six months in 2009 and 2010, is in the security forces. He provided law enforcement services to the forward operating base in Iraq. He also has been deployed to other locations in the Persian Gulf region.

“It’s a broadening experience,” he said. “It’s slightly different than what I do at the police department. It’s similar enough that some of the skills and experience are transferrable that they help make me a better police officer.”

Rush supervises one of the night patrol shifts for CPD.