In the near future, residents of Zionsville’s Village could have extra protections for their neighborhood if an agreement is reached with the town council.

On Oct. 29, members of the Village Residents’ Association met at SullivanMunce Cultural Center to hear a presentation from the Zionsville Historic Preservation Committee and its latest undertaking – the creation of a conservation district for the residential properties in the Village. 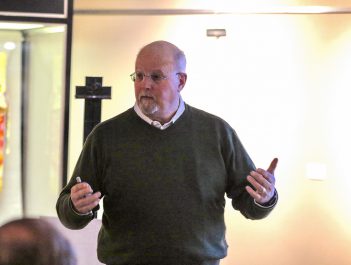 “A group of folks started expressing concerns about the fact that Zionsville is suffering a little bit of an identity crisis and maybe losing some of its historic heritage,” Walters said. “There isn’t as much emphasis on our unique history as there has been in the past, so we formed a committee and decided to see what we might be able to do to sort of reengage the citizens and continue to get more appreciation for the history Zionsville has. We are a very unique community in Indiana, given how close we are to a major metropolitan city and the ability we’ve had to maintain our historic integrity with quite an interesting history as a railroad town.

“There are a lot of neat things about Zionsville that we would hate to lose, and we’re concerned that some things might be slipping away, and we don’t want that to happen.”

The occasion isn’t the first time residents have attempted to protect properties in the area. Three other attempts have been made, most recently in 2005-06, when residents worked to create a historic preservation district for the Village, different from a conservation district, which focuses only on tear-downs, new construction and major structural or additions to existing homes.

“We are not anti-development. There was a lot of talk during the Sycamore Flats remonstrance about us not wanting change. Nothing is further from the truth,” Walters said. “We know change is inevitable, and we know it’s healthy. We just want the right change. We don’t want to become the Village of West Clay or Carmel. We have the unique identity, and we want to preserve it. I think the real issue with Sycamore Flats was that it got people to realize that something big can happen and you don’t even know about it until it’s almost done. That got people nervous.

“Whether you supported the project or not, having it kind of sprung on the town was an eye-opener.”

Walters said discussions with town leaders have begun, but there has to be strong support for the ordinance for the Zionsville Town Council to hear it.

“We’re only exploring,” Walters said. “We’re going to make a real effort to communicate with as many residents of the Village as we possibly can to be able to answer questions, tell them what we’re doing, tell them about why we believe this is important and getting their support. If we can’t get enough support, we’re not going to continue and do all of the work necessary to put a proposal in front of the town.

“We want to make sure we’ve got a pretty strong consensus of residents who believe this is worthwhile.” 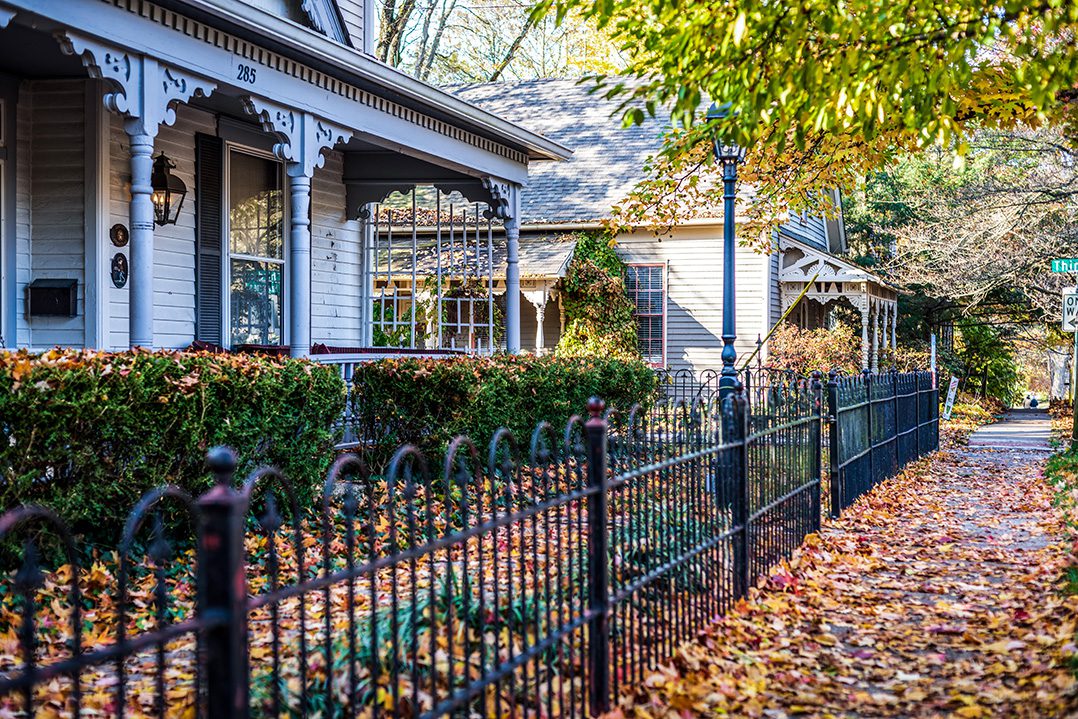 If approved, the conservation district in Zionsville’s Village could aid in the protection of the town’s historic homes. (Photos by Ben Stout)

Next steps to establish a conservation district include volunteers going door-to-door and getting the word out to all Village residents. Then, a survey will be conducted in four to six weeks to gauge residents’ support. Walters said more if the response is more than 50 percent positive, it would be enough to present the proposal to the Zionsville Town Council.

If that support is garnered, Walters said the process will become more formal with the creation of a conservation commission/review board that will create guidelines for the district for the proposal. The final step would be seeking approval from the Zionsville Town Council.

“So, when they know it’s protected, it makes the value of what they have greater. It stabilizes areas that are undergoing a lot of change, and I think we’re on the cusp on that right now.”