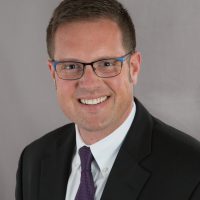 The announcement came just five days before the general election, in which Jensen is unopposed.

Light, who currently serves as chief of staff at Indiana’s State Board of Accounts, will serve as Deputy Mayor. At the SBoA, Light leads a staff of nearly 300 that audits all state agencies and local units of government. Light has worked past executive roles at the Indiana Attorney General’s office and as an adjunct professor at the IU McKinney School of Law.

Knecht is a past deputy operations director of the Indianapolis Metropolitan Police Dept. He currently works as the senior director of security and safety for the Indiana Pacers. Knecht will fill the newly created Director of Public Safety role for the City of Noblesville. He will coordinate Noblesville’s public safety efforts, oversee the city’s police and fire departments and manage traditional public safety issues, mental health care and community partnerships.

Reed is the city’s current planning director, and she will fill the newly created Director of Community & Economic Development role. In her new role, Reed will oversee a coordinated approach to economic development and planning.

“This team is ready to lead Noblesville on day one,” Jensen stated. “Bringing years of management experience and a proven record of results to Noblesville, I’m proud these leaders of their respective fields are joining me to serve our city and residents.”

All three positions will report directly to the mayor’s office.