You are at:Home»Current in Zionsville»Zionsville Cover Stories»The few, the proud: Three ZCHS seniors enlist in the delayed entry program for the U.S. Marine Corps, prep for boot camp while peers prep for college 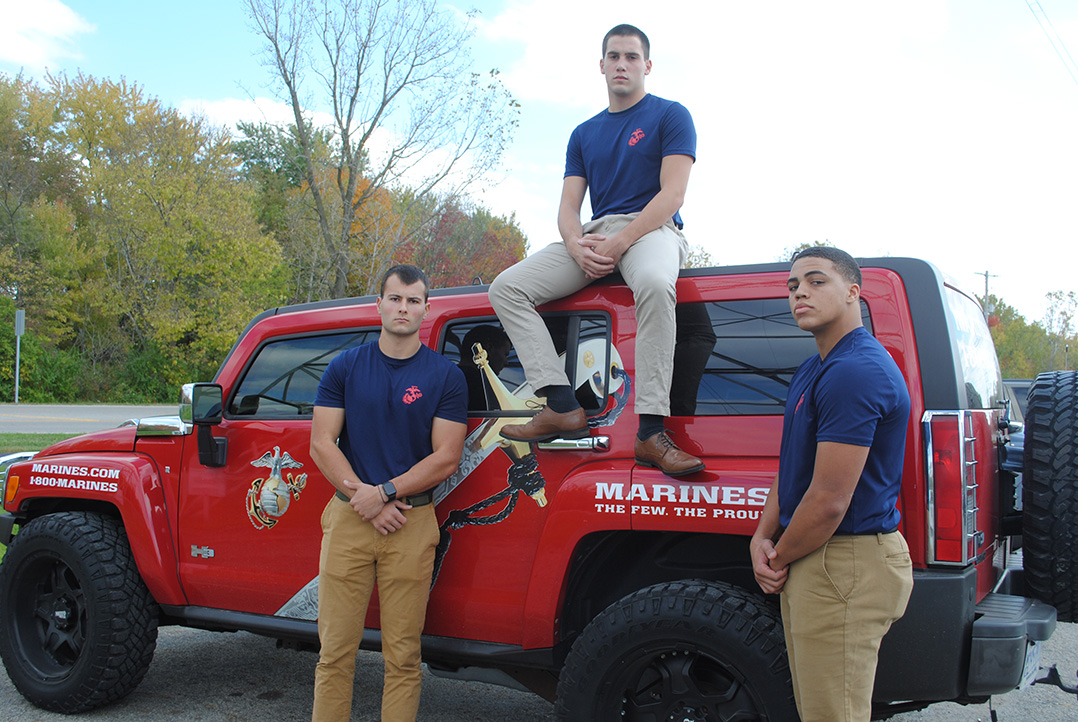 Three Zionsville Community High School seniors are enlisting in the United States Marine Corps through a delayed-entry program, a path recruiting staff say is increasingly rare for students from affluent high schools, such as ZCHS, to complete.

Carter Klekovski, 17, said most students are pressured to attend college, as their parents did,  and then immediately enter a specialty field.

“(Students with successful parents) get pushed a lot harder and get stressed out a lot more. We are going a very unorthodox route to life,” Klekovski said. “It’s stressed so heavily you have to go to college first.”

Klekovski said in affluent areas such as Zionsville, only about 1 percent of students enlist in the military upon graduation. At ZHS, for example, only a handful of seniors have expressed interest in joining the military in a graduating class of 400-plus.

Klekovski and the other two seniors who plan to join the Marines, Connor Uptmor, 17, and Reid Rice, 18, signed up for the delayed-entry program, which gives recruits a 1- to 13-month window before they are old enough to attend basic training.

All three recruits know what they want to do in the Marines after 13 weeks of basic training. Klekovski and Uptmor want to study cybersecurity and intel. Rice plans to become a helicopter crew chief.

Uptmor grew up in a family with a military tradition. His father served in the Army and the Air Force.

“The reason I decided to go the military route was to carry the torch, sort of, because my dad was in the military,” he said. “But the reason I enlisted in the Marine Corps was because I wanted to earn the title of United States Marine and be one of the few and the proud because in my perspective, the Marine Corps is the best branch, and I want to be a part of the best.”

“I chose the Marines because it’s more of a challenge compared to other branches,” he said. “It’s a lot smaller and the camaraderie is really strong. Everybody in the Marines wants to be there, and I want to be proud of what I do and do it with others who strive to do their best also. I want to challenge myself and earn the high honor and continue the legacy that the title comes with.”

To prepare, they attend physical training at the Marine Corps recruiting branch in Noblesville on Tuesdays and Thursdays. They also study different aspects of the branch, such as leadership principles, enlisted ranks, officer ranks, general orders, general knowledge, the mission of the corps and military time, among other topics.

Besides preparing for the Marines, Klekovski, Uptmor and Rice are active in school and with extracurricular activities. Klekovski will graduate with academic and technical honors and has a black belt in karate. He also is on the wrestling team. Uptmor is on the football team, and Rice is an Eagle Scout. Klekovski and Uptmor each took the law enforcement course at J. Everett Light Career Center in Indianapolis. A teacher there encouraged them to look into the Marines, which helped lead them to their decision. 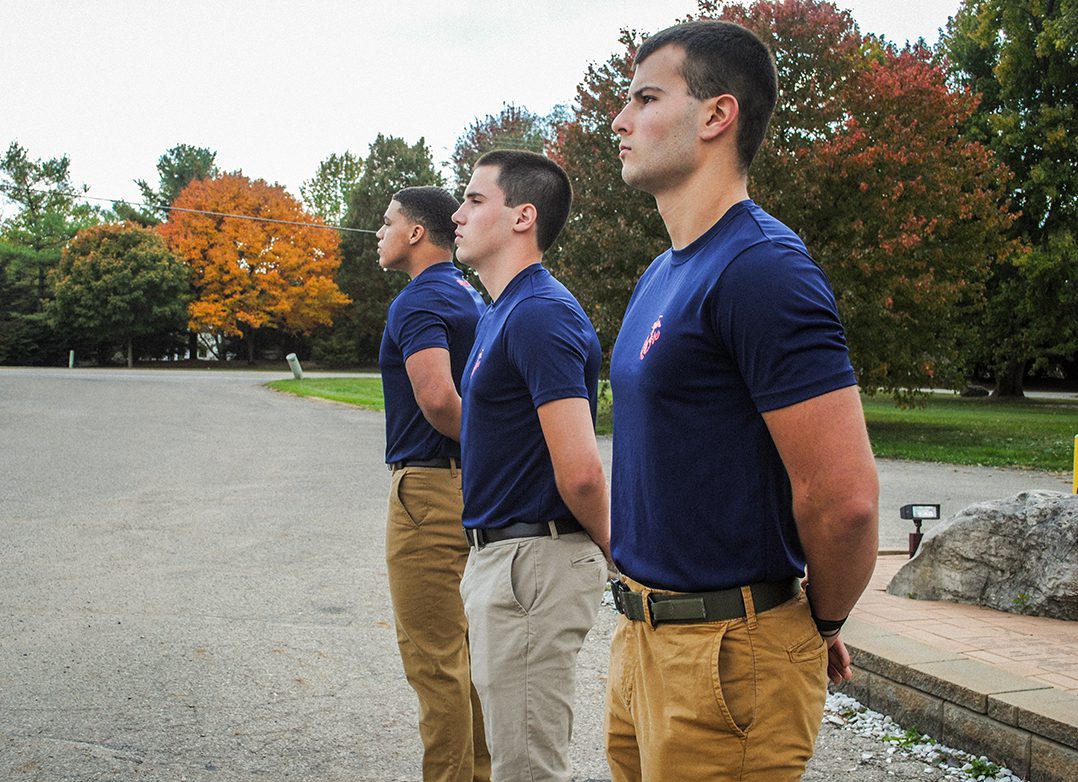 Zionsville Community High School seniors Carter Klekovski, Connor Uptmor and Reid Rice all have enlisted in the delayed-entry program for the U.S. Marine Corps. They encouraged fellow students to at least explore the recruiting booths at the high school.

“Take advantage of when you see the military at their booths during lunch to at least go and say ‘hi’ because you don’t know (if the military is a good fit),” Klekovski said. “Just pick up a pamphlet.”

All three future Marines plan to complete their enlistment with a large savings account, military experience and at least one college degree.

“When (recruiters) come and do recruiting booths, every kid will walk right past and act like they don’t exist,” Uptmor said. “Just because you talk to them doesn’t mean you’re going to get enlisted with a contract.”

“There was a time in my life I had no idea what the Marine Corps. had to offer,” Rice added. “I figured it out by stepping out of my comfort zone and talking to (recruiters).”