Noblesville resident Connie Bentley has always been a fan of tattoos. However, she usually gets tattoos of turtles, not reconstructed nipples.

But she received the latter after opting for a double mastectomy following a breast cancer diagnosis. The disease has taken a heavy toll on her family.

“I lost my dad and brother to cancer and my mom had cancer and she’s still with me,” Bentley said.

Bentley said many people feel hurt or upset after a cancer diagnosis, but anger was her chief emotion. 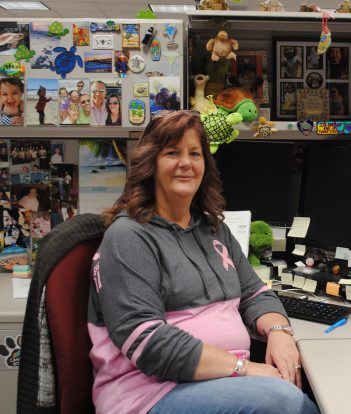 “I was mad. I just wanted it out of my body as fast as I could,” she said. “(Doctors) said I could do a lumpectomy, but I said, ‘You know what? I want it gone.’ Cancer has won so far over my immediate family. It (mastectomy) is very traumatic. Some think of it as losing a part of their womanhood.”

Bentley had reconstructive surgery following the mastectomy. Afterward, she wasn’t happy with the look of her implants. Later, she learned about nipple tattoo reconstruction. A female co-worker at the Hamilton County Courthouse had the procedure and Bentley was impressed with the results.

Bentley underwent a second reconstruction. When she sufficiently healed 30 days later, she had an appointment for nipple tattoo reconstruction with Hauser.

The tattoos are realistic in dimension, color and size. Hauser works with each patient to find a look natural.

“The tattoos on top of the scars, it’s a completion. It takes away from the scarring,” Bentley said. “It doesn’t make you feel like you’re scarred or wounded, it just makes you feel finished and completed and whole. (Without the tattoos), you walk by the mirror and you’re self-conscious. You’re self-conscious even with your partner, and I’m sure they don’t see them like you do, but you do. You know they’re there. Getting these nipple tattoos, you look normal. You walk by the mirror and go, ‘Yeah, I’ve got nipples.’”

Hauser said it’s possible for plastic surgeons to use a patient’s own tissue for nipple reconstruction, but the tissue often doesn’t survive.

“(The tissue) flattens out, anyway, if it does live, so that’s when they started going this route (tattoo reconstruction),” Hauser said. “Surgeons started doing it a little bit themselves. In a lot of people’s cases, they aren’t able to keep the nipple and areola when they do reconstruction because if you’re BRCA 1 or 2 positive or have any genetic mutations, they take the nipple and areola as well.”

Another benefit to utilizing tattoos for nipple reconstruction is it reduces the number of surgeries a patient might require.

“The tattooing just saves an extra surgery if they would take tissue from somewhere else,” Hauser said. “Even if they do take tissue from another part of their body, they still don’t have any color, or a lot of times don’t have an areola, so it just gives them more normalcy by having the tattoo.”

Hauser also has her own studio in Brazil, Ind. Patients can see her at her studio or at the hospital, but if they visit her at the hospital, insurance may cover the tattoos. Without insurance, the tattoos are approximately $750 for a bilateral procedure. If the case of a single mastectomy, Hauser can match that breast’s nipple to the patient’s other breast. Hauser also includes a touch-up session. Because the tissue has been through so much trauma, the ink fades easier. 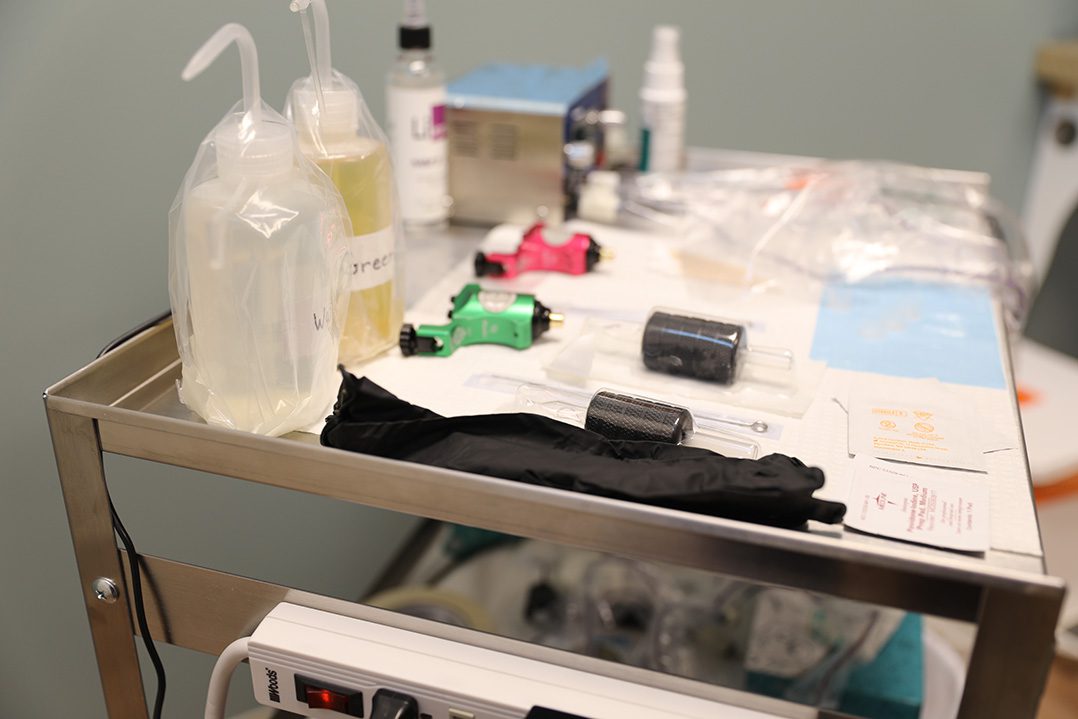 Mary Hauser has a nipple tattoo reconstruction studio at Hendricks Regional Health in Danville. She also offers the procedure at her studio in Brazil, Ind. (Submitted photo)

An apprenticeship for nipple tattoo reconstruction

“I wanted to have reconstructive tattooing done, and I couldn’t find anyone in Indiana offering it,” she said. “In 2015, I was 53 and my children were raised and gone, and I thought, ‘Well, I’ve always been an artist, anyway. I paint and things like that, so maybe I would be able to learn to do it.’”

During the apprenticeship, artists practice on pigs’ ears before practicing on people. Sometimes, they even practice on themselves.

“I have worked on my own a little bit looking in the mirror,” Hauser said.