You are at:Home»Current in Noblesville»Noblesville Business Local»Petitioner considers multi-family, commercial for Marsh site on River Road

A proposal for a self-storage facility with outlots at the former Marsh site, 17901 River Rd., received remonstrance from the Noblesville City Council in July, and now the petitioner is rethinking the development. 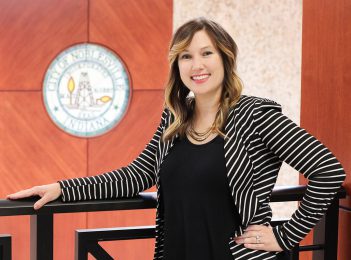 The city’s director of planning and development, Sarah Reed, said another petition is tentatively slated to appear before the council in January 2020. The developer is still working on the petition. The new petition could be for mixed-use, including a multi-family component, commercial and office.

“Just knowing what our potential is between downtown and that western edge of downtown, we have a lot of potential there for mixed-use, multi-family, office, retail, something higher density,” Reed said. “So, we see a combination of different uses there, but much more intense than just filling the old building. It’s kind of a gateway into our downtown from the west side.”

“There’s going to be a lot better access and a lot more visibility, so there could be potential for a really good project in our gateway,” Reed said.

The Noblesville Marsh closed May 27, 2017. Reed said the city hasn’t received many inquiries from developers about the site.

“A couple (inquiries) we did get were not up to standard. I would say we are probably not interested in just refilling (the building), unless it’s another grocery store,” Reed said. “That’s a demand people want to have, but unfortunately a lot of grocers are not doing rebuilds because of the whole market right now.”