You are at:Home»Current in Westfield»Westfield Community»Westfield City Council hears introduction to Westgate amendment 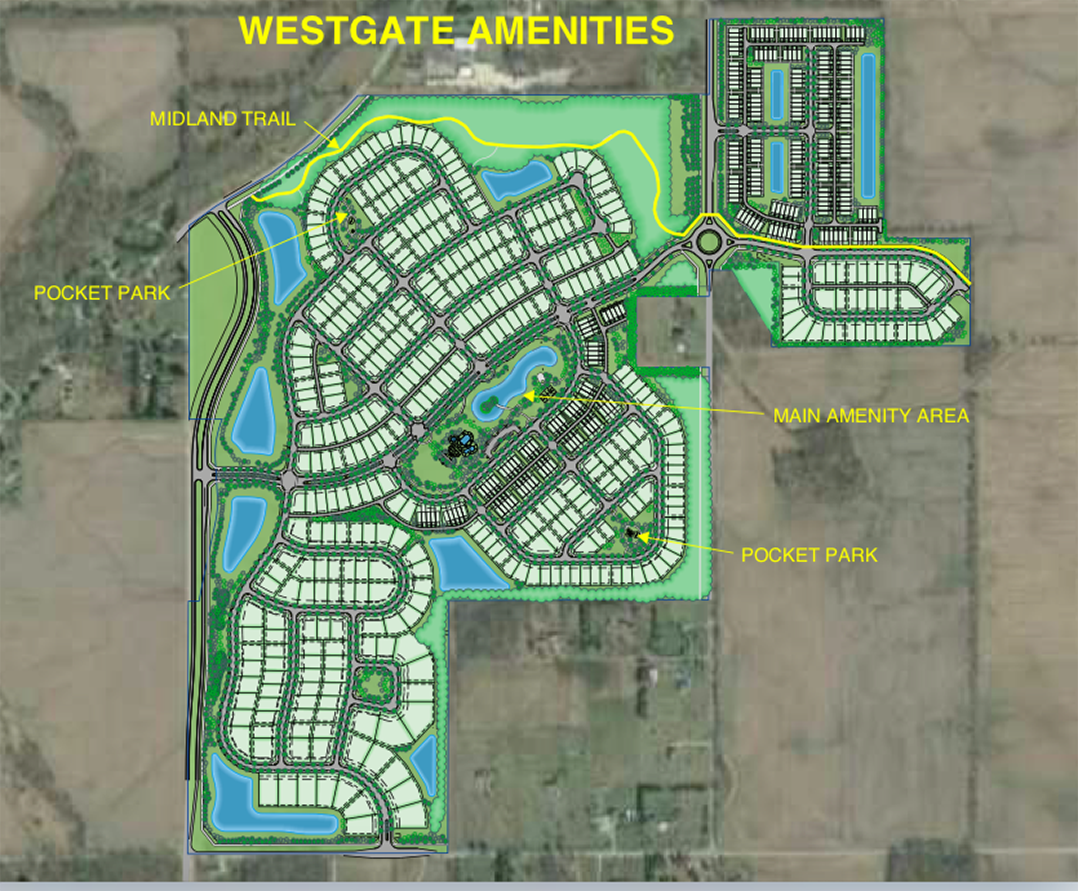 A map showcasing where some of the proposed Westgate PUD amenities would be located. (Submitted image)

At its Oct. 14 meeting, the Westfield City Council heard an introduction to an amendment to Westgate, a planned unit development that was originally passed by the then-town council in 2006.

The site is 230 acres on the north side of 166th Street between Towne Road and Little Eagle Creek Avenue. The proposed amendment would modify the architectural standards.

Jon Dobosiewicz, a land use professional with Nelson and Frankenberger, presented on behalf of Lennar Homes.

“Lennar is requesting an amendment to the approved PUD to encourage architectural diversity and enhance streetscape within Westgate,” Dobosiewicz said. “The proposed amendment doesn’t increase subdivision density or alter the minimum lot standards or modify the approved primary plat.”

“They feel there could be long-term maintenance issues for the HOA and a liability (with the pedestrian bridge),” Dobosiewicz said.

Since the proposal was just an introduction, no action was taken, but council president Mark Keen made a comment at the end of the introduction.

“I remember this. This is one of the victims of the Great Recession where there were proposed things rolling and then boom,” Keen said. “Could someone walk through here assuming this would sell and just build what was approved back in 2006 without the improvements?”

Dobosiewicz said that yes, that was possible.

“How many of these ticking time bombs out there do we have?” Keen asked. Planning staff estimated there were two other similar instances that were approved in that timeframe.