More than 70 poet laureates were inspired to write poems by the Southern Poverty Law Center’s “Ten Ways to Fight Hate.”

That resulted in “Undocumented: Great Lakes Poets Laureate on Social Justice,” a book comprised of pieces from 78 poets. Three of the poets, including Shari Wagner, will be part of a program at 7 p.m. Oct. 29 at the Carmel Clay Public Library’s Storytime Room. 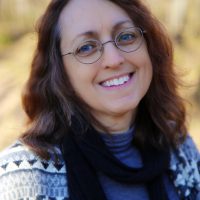 Wagner, who has a Carmel address but lives on the Westfield side of 146th Street, was Indiana Poet Laureate in 2016-17. She will read her two poems from the book as well as others during the program.

Wagner will be joined by Indianapolis resident Karen Kovacik, an Indiana Poet Laureate in 2012-13 and Missouri Poet Laureate Aliki Barnstone. The host is poet Ron Riekki, co-editor of  “Undocumented.”

Wagner’s two poems from the book are, “The Farm Wife Receives a Certified Letter,” and “The Rhodes Family,” about escaped slaves who sought refuge in the Quaker community near Westfield.

“I’ll be reading couple of my favorite poems by other poets in the “Undocumented’ anthology,” Wagner said. “I’m probably (going to) read a poem I have about Madame Walker. I’ll probably read some poems about the environment.”

Her book, “The Harmonist at Nightfall: Poems of Indiana” features poems about Indiana’s parks and nature.

“Karen Kovacik and I have been good friends for many years, and I’m also a big fan of her poetry,” Wagner said. “I’ve never met the other poets, but I’ve enjoyed reading their poems in the anthology and look forward to becoming better acquainted with their work.”