You are at:Home»Obituaries»Obituary: Michael J. Harrell 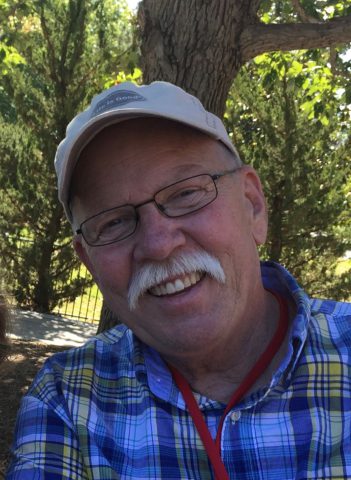 Mike is survived by his wife of 50 years, Karen (Sellers) Harrell; two daughters, Brandi (Ben) Heck and Amber (Brian) Pynaert; three grandchildren, Joe, Anna and Jacob; and brother, Chuck (Gerri) Harrell. He was preceded in death by his parents, Vincent and Helen Harrell; and his brother, Ron Millcarek.

Mike was born on Dec. 23, 1948, in South Bend. He enlisted in the Marine Corps after high school and served in the Vietnam War. Mike married his high school sweetheart, Karen, in 1969 while deployed. She joined him later while he was stationed in Hawaii. After the service, they returned to South Bend and Mike began his career at General Finance, Liberty Steel, Lock Joint Tube and eventually Masonite (Mohawk Door), where he retired after working 27 years.Five years ago, Mike moved with his wife to Carmel to be closer to their three grandchildren.

In lieu of flowers, consider celebrating Mike’s memory by participating in the St. Vincent Flyaway 5K on Sept. 14 in which Mike had planned to walk. If you are unable to participate, consider donating to his 5K team online.