You are at:Home»Current in Carmel»Carmel Community»Column: The business of family

For Steven M. Kirsh, business and family have a strong connection. He works alongside his sister, two brothers, one of his sons and a daughter-in-law. His wife, Jacque, also worked with them until retiring. Other family members in the office include Hanna and Yogi, Steve’s springer spaniels. 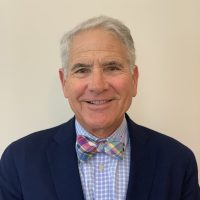 What started with the needs of a friend ended up redirecting Steve’s legal specialty, and the law firm of Kirsh & Kirsh, PC is now the largest adoption practice in the state, working with couples looking to adopt as well as expectant mothers in search of loving homes.

Steve was the creator of the pre-birth notice statute that has now been implemented in multiple states, and he has been involved in numerous adoption bills that have gone through the Indiana General Assembly.

The Kirshes raised their children in west Carmel but relocated nine years ago when they built their home in the Arts & Design District. On most evenings, you can find them waving from their front porch to friends and neighbors on the Monon Trail.

Steve is a pilot of single-engine and twin-engine planes and spends time working out at Orange Theory Fitness, performing standup comedy and playing golf at Crooked Stick.

Nickname for Jacque: “Most,” standing for most beautiful, most loving, most wonderful and most in every way

A change to society: Democrats and Republicans working together to solve real issues

Do you know an interesting character who lives, works, or worships in Carmel? Send suggestions to sgattlieb.currentincarmel@gmail.com