From 2014 to 2016, Historic Fort Benjamin Harrison American Legion Post 510 was the fastest-growing post in the nation when it grew from approximately 30 members to more than 600 in only two years. 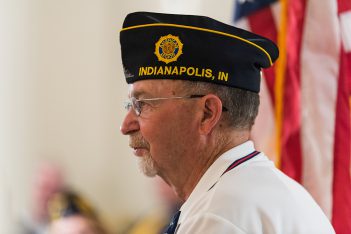 “I think that particular area was in need of an American Legion post because the closest one was at 38th Street and Post Road, and being as we are in Lawrence, I think (that post) was drawing a lot from that area,” Daniels said.

Another way Post 510 gained members happened when a past commander called people who had signed up to be part of the American Legion but didn’t have a post.

The unique aspect of Post 510 is it doesn’t have a building in which to operate American Legion business. However, it is more than a virtual post.

“I think you’re able to have more comradeship (in-person),” Daniels said. “We have to be a little more innovative, but even then, we get a lot of members from different areas even outside of Lawrence.”

Post 510 meetings used to be held at the American Legion Dept. of Indiana on Herbert Lord Road. Then, it shared Post 495’s facility at 38th Street and Post Road.

“What happened was our membership started dropping,” Daniels said.

Post leaders came up with the idea to conduct meetings at Elmcroft Senior Living. 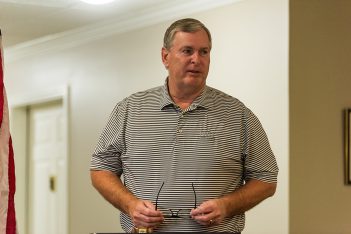 At the most recent Post 510 meeting, former Indianapolis Mayor Greg Ballard was the special guest. Indiana Director of Veterans’ Affairs Dennis Wimer also attended to celebrate the centennial anniversary of the American Legion.

Daniels said the post expects membership to pick back up. And even if veterans can’t attend meetings, he wants them to know someone cares about them.

“Us holding meetings there is to really help them have the feeling we have a post here that cares about you and cares that you served,” Daniels said.

“We are still giving that military presence and the fact we are right there next to the Legion headquarters, it’s very patriotic-oriented flying their flags,” Daniels said. “It just gives you a good core group of a military-type presence.”

American Legion involvement in the community

In addition to attracting new members, Post 510 also participates in community events. Its color guard team is often asked to participate in some of the largest parades in the U.S. In addition, Gov. Eric Holcomb is a member of Post 510 and will speak at its meeting Aug. 17. For more, visit The Historic Fort Benjamin Harrison Post 510 Facebook page.