Boone County residents don’t have to travel far to witness the “sport of kings.” Polo matches are frequent spectacles at the Hickory Hall Polo Club in Whitestown.

“We have facilitated the contribution of about $3.5 million to central Indiana charities over the last 19 years,” Poe said. “This year, we have 15 dates scheduled on the calendar between June and October supporting 18 different charities.”

Hickory Hall Polo Club is operated by a board of family members.

Polo is played on horseback, with four players on each team. Matches consists of four to six chukkers, or periods, each lasting 7 1/2 minutes. Although riders can play the entire match, horses (usually thoroughbreds) are swapped out between chukkers to give them a rest. The objective is to score goals by using a long-handled mallet to hit a small ball through the opposing team’s goal. Matches are played on a field that is 300 yards long and 160 yards wide.

Polo horses have either been raised to play the sport or are ex-race horses trained to play polo.

Owner Greg Chandler founded the club 28 years ago and moved to the current location 19 years ago because he needed a bigger field to accommodate more fans. Chandler said the organization was developed with the intention to help local charities in Boone, Marion and Hamilton counties.

“We did utilize the charities because a lot of people have not seen the sport ever before and it’s a unique way for people to come out, relax and see something neat with their kids and raise money for charities,” Chandler said.
Chandler said he grew up around polo when his dad started a team in 1970.

“Polo has been around here for a long time, just nobody really publicized it and used it for charities until my wife and I decided to,” he said. “Anybody was welcome to come, but if you didn’t know about it, you weren’t going to show up. It’s so much better now that we have publicized it (with the charities).”

Matches include charity events with silent and/or live auctions. LA Café sells food and beverages. Barn tours are offered so attendees can see players and horses up close.

“Obviously, it’s a great spectator sport for children as well,” Chandler said. “Most people bring kids. We do have an airplane that flies over and throws candy out in parachutes and kids run out on the field and have fun with that.”

“This is a philanthropic opportunity,” Poe said. “A lot of people come to support the charity of their choice, and other people just like to come because of the social aspect of it. They bring picnics and tailgate, and children and dogs are welcome. It’s really a fun social event as well as supporting local organizations.”

“We have players come from Louisville to play with our club,” she said. “It’s a unique sport for the Midwest.” 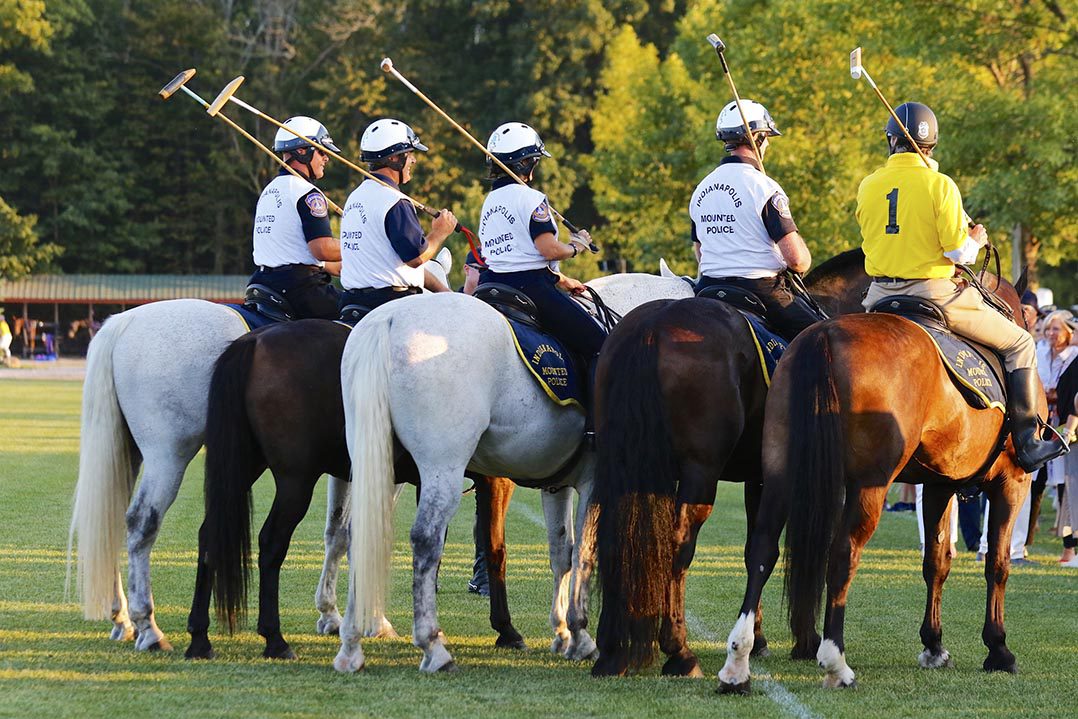