According to a press release, the new 10,000-square-foot store is expected to mainly serve customers in Zionsville, Carmel and northwest Indianapolis. Although the Zionsville shop will be smaller than the company’s 30,000-square-foot flagship facility in Indianapolis, it is expected to employ between 13 and 15 people, only a few less than the 18 employees at Burnside Express Collision in Indianapolis. The Zionsville shop also has 18 repair bays. It is at 4810 Northwestern Dr., near Michigan Road and 106th Street, in the space formerly occupied by Greene’s Truck & Auto Service Shop. 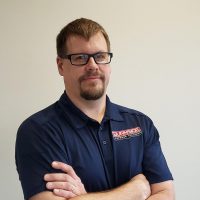 “There’s a pretty heavy need for our services in the area,” said Brian Burnside, who owns Burnside Express Collision along with his wife, Jessica. “Just based on the repair volume versus the number of body shops in the area, it’s needed.”

Burnside is a veteran of the repair industry, having worked in various industry jobs for more than 20 years. Burnside Express Collision’s original Indianapolis location opened in 2016.

“We are family owned, and we’ve been in the business a long time here in Indianapolis, including working for other companies in the past,” Burnside said. “But we decided to go out on our own so that we could treat employees better and create a better environment for our employees and customers.”

Burnside said he expects to expand further in the coming years, although he intends to remain close to Indianapolis.

“Our long-term vision is to have multiple locations surrounding Indianapolis,” he said.