You are at:Home»Current in Zionsville»Zionsville Community»Trauma kits to be added to Boone County police vehicles

On May 5, Indianapolis Metropolitan Police Dept. officer Eric Rosenbaum was shot in the leg while struggling with a suspected shoplifter. The officer was bleeding heavily, but his life was saved by a tourniquet in the trauma kit that all IMPD vehicles were equipped with.

Now, thanks to the Central Indiana Police Foundation, all Boone County police vehicles will soon be equipped with trauma kits at no cost to the departments. 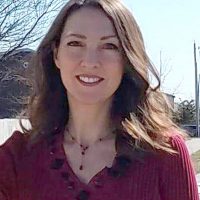 “They’ll mainly be learning how to stop massive bleeding,” Sumner said. “That includes the use of tourniquets and special packing tape that can be stuffed into wounds. There is also a breathing apparatus that can be inserted in the mouth, in case an airway is blocked.”

Sumner said the trauma kits can be used to administer aid to officers and civilians. Their main function is to provide immediate, lifesaving care in the critical time before paramedics arrive.

“By the time paramedics get on scene, you’re talking about 15 minutes, perhaps, that have passed. With something like a gunshot wound, if an artery is hit, an officer could easily die in that time,” Sumner said. “If there is some traffic thing going on, where paramedics have trouble getting on the scene, then an officer could be there and get a tourniquet on the wound first.”