You are at:Home»Current in Fishers»Fishers Community»Stoller files for re-election in Northwest District

Incumbent Selina Stoller has filed for re-election for the Fishers City Council’s Northwest District. She has had the seat for four years.

During her tenure, Stoller has advocated for infrastructure improvements. She was the 2018 chair of the City Council Finance Committee and is a member of the Fishers Plan Commission. On her watch, the council has overseen road improvements throughout the city, including Conner Knoll Parkway, Allisonville Road and Lantern Road. 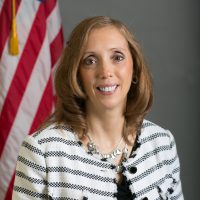 “A key part of making Fishers a great place to live, work and play is maintaining infrastructure,” Stoller stated. “These road improvements are essential to keeping up with the growing population of our city.”

If re-elected, Stoller said she will prioritize reinvesting in aging infrastructure. She also said she will pursue ways the city can partner with neighborhoods to promote community upkeep and beautification. She also wants to improve services and amenities for senior citizens and retirees.

“We must be dedicated to our seniors. I look forward to advocating for state-of-the-art living spaces and facilities for Fishers’ older generations,” Stoller stated.

Stoller is a member of the finance committee of INvestABLE Indiana, which helps individuals with disabilities save while preserving their SSI and Medicaid benefits. She is a board member of Janus Developmental Services. Stoller’s occupation is vice president of Business Development and Marketing at Summit Consumer Receivables Acquisitions. She has an master’s degree in business administration from Western Governors University and bachelor’s degree in electrical engineering. She has a daughter, Amelia, and son, Johann, who is in training for the military. She has lived in Fishers for 19 years.