You are at:Home»Current in Carmel»Carmel Cover Stories»Long-distance runners: Carmel Marathon draws participants from across the U.S., beyond

In 2018, runners from 43 states and four nations competed in the Carmel Marathon. When the 2019 Carmel Marathon is held March 30, runners with ties well beyond Indiana are again expected to run either the marathon, half-marathon, 10K, 5K and marathon relay.

Here are a few of their stories: 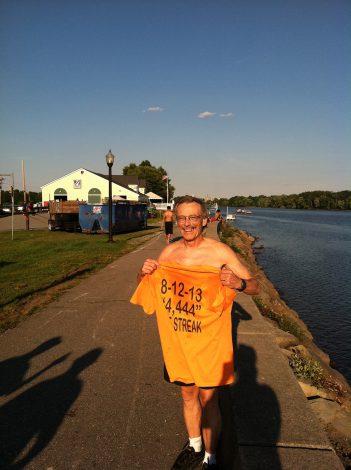 Carmel will be the 76th marathon for 76-year-old Tom Henderson, from Lowell, Mass.

His first marathon was the New York City Marathon in 1979.

“I ran for nine years and quit for 10 years,” Henderson said. “I started up again in 1995 and I’ve been running ever since.”

Indiana will be the 33rd state in which Henderson has run a marathon.

Henderson started running in 1976 after he quit smoking.

“I ran a couple of laps and I was coughing,” he said. “So, for a 33-year-old guy, I thought I’d better do something to get better for my fitness.”

Henderson, who has run in 24 Boston Marathons and completed all but the 2018 race, which he was forced to stop after 16 miles, keeps track of every shoe he uses and every mile he runs. His running was halted when he was hit by car in April 2017, a week before he was set to run a marathon in Canton, Ohio. He had knee surgery a month later and has been rehabbing the knee ever since. He completed marathons in Iowa and Lowell, Mass. in the fall of 2018.

“It wasn’t very good, but I think I’m ready now,” said Henderson, who puts together bids in the public transportation system for Lowell.

Henderson sent an email to Carmel Mayor Jim Brainard asking why he should run a marathon in Carmel as opposed to elsewhere. He was considering another shot at the Canton marathon or trying one in Mississippi.

“He was a big cheerleader for the city and did a great job convincing me it was a nice place to come to,” Henderson said. “He followed up by having his office send a package on Carmel and the surrounding area.”

Henderson’s goal has been to run a marathon in all 50 states.

“But I’m running out of time,” said Henderson, who will assess after the Carmel race whether he can run another marathon in August or September.

Henderson ran at least 3 miles for 5,412 consecutive days before he got ill in 2016 with a blood disease. Henderson had planned to quit after 5,555 days because it was becoming a real burden. 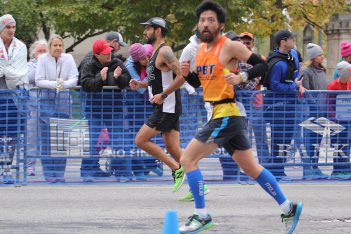 Carmel resident Mingzhou Nie, a member of the Indy Chinese Runners Club, made his marathon debut at the 2016 Carmel Marathon. He will be competing in his fourth one alongside his wife, Hong Jiang.

“I’m trying to help her achieve her goal, which is getting to next year’s Boston Marathon,” Nie said. “I’m going to be her personal pacer.”

Nie, who was born in China, already has qualified for the 2020 Boston Marathon.

He has a goal of competing the six major marathons. He completed the Tokyo Marathon March 3 and the Chicago Marathon in October 2018.

He plans to run the Berlin Marathon Sept. 29. The other two major marathons are New York and London.

“Initially, I started running to keep myself healthy,” said Nie, a network engineer for Salesforce. 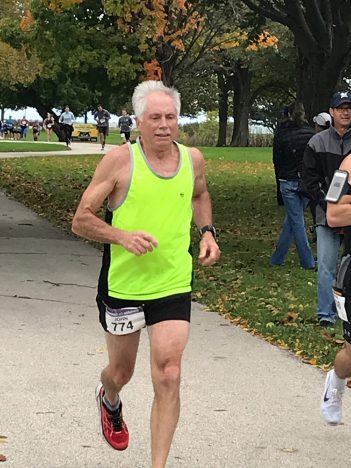 This will be the Hales Corner, Wis., resident’s first Carmel Marathon, but he visited Carmel previously by biking from Indianapolis during a visit to see his daughter, Leah Jenk, who previously worked for the NCAA in Indianapolis.

“My brother-in-law (Stuart Kolb) has run Carmel once before, and I have a neighbor (Amy Ford) running it, so I might as well do it as a warmup for the Boston Marathon,” Jenk said.

Jenk will run the Boston Marathon April 15 for the ninth time. Kolb, from Green Bay, has run more than 100 marathons as well. 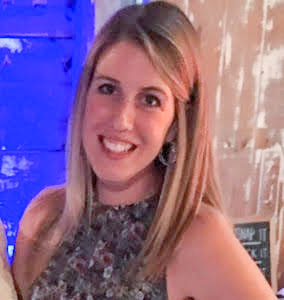 “I’ve been running for four years now,” said Wright, who lives in Portland, Maine. “I’ve lost about 60 to 70 pounds. I told my dad I wanted to lose weight, and he was huge into running. He did triathlons and ironman events. He signed me up for a 5K with him and that’s how I grew my love for running.”

Wright, 25, learned about the race from her brother, Alex Wright, an Indianapolis resident who previously lived in Carmel. She is running a half-marathon in Carmel to prepare for her first full marathon in Kennebunkport, Maine, May 11.

“I heard (Carmel) is a really good race, and I’m real excited it’s flat,” Wright said. “The courses around here are hilly.”

Where: Start/finish line at the Palladium at the Center for the Performing Arts, 1 Center Green.