The Indiana Artisan Marketplace will showcase the artwork of more than 100 Indiana artists April 6-7 in the Expo Hall at the Indiana State Fairgrounds in Indianapolis.

Noblesville residents Carol Bell and John Bundy will be among the featured artists. 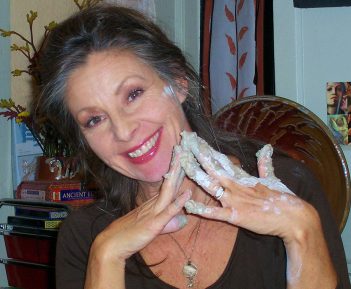 Carol Bell will display her pottery at the Indiana Artisan Marketplace. (Submitted photo)

Bell’s love affair with pottery began after she saw the movie “Ghost.”

“I saw the movie and one day I decided I wanted to go down that route,” Bell said. “So, I took a pottery class at the Indianapolis Art Center. I just fell in love with the whole idea of taking a lump of clay and creating something.”

“I would kind of dabble in little fairs or farmers markets,” Bell said. “Little by little, I started to create a following. Eventually, I turned it into a business, and now I have my own studio.” 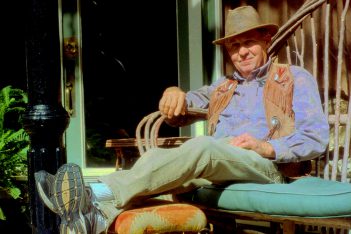 “I was born in Hamilton County,” he said. “We’ve been making these pieces for 40 years. They’re decorative decoys. They’re called decoys because their shapes resemble real working decoys.”

Each duck is handcrafted with locally sourced wood. His pieces sell for anywhere from $150 to $250.

“I’ve made quite a few for companies that use them as gifts or awards,” Bundy said.

Bundy Ducks is a family affair with his wife, Valerie, and son, Jason, working alongside him.

Bell and Bundy will have booths at the ninth annual Indiana Artisan Marketplace. Tickets are $8 in advance or $10 at the door. Children 14 and under are free. For more, visit indianaartisan.org.