You are at:Home»Current in Noblesville»Noblesville Cover Stories»Celebrating a milestone: Historian to present program for Women’s History Month, 150th anniversary of the women’s rights movement in Hamilton County

As Hamilton County Historian, David Heighway is well versed in all things Hamilton County. And he is about to commemorate a special anniversary by presenting a program this week at Hamilton East Public Library in Noblesville.

This year marks the 150th anniversary of the women’s rights movement in the county. 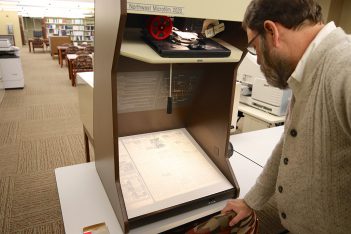 In recognition, on March 14 Heighway will lead, “Untiring Activity is Necessary: The Women’s Rights Movement in Hamilton County,” a discussion of local figures and issues surrounding the movement.

“March is Women’s History Month. In February, I cover Black History Month, and in March, I really make an effort to also cover women’s history,” Heighway said. “That means digging through newspapers and all kinds of other stuff. Going through all of the old county newspapers, oftentimes what will happen is I’ll see a tidbit, and knowing history the way I do, I can often extrapolate out.

“With women’s history, it’s the same sort of thing. I am going to take it back as far as I can.”

Heighway said his presentation will likely start with Mekinges, a Lenape woman and the first wife of Noblesville and Hamilton County founder William Conner. She was the daughter of Chief Kikthawenund (William Anderson).

“Mekinges is really kind of the reason we got a foothold in Hamilton County, so I’ll acknowledge that. Everybody knows that,” Heighway said. “So, women have been involved in how this county has grown right from the very beginning, and I’ll be looking for stories like the first woman doctor, first woman lawyer, different stuff like that. Sometimes those things are just kind of a brief mention (in newspapers from the time). The tone can be different, depending on the time and on the newspaper. I find it respectful a lot of times.” 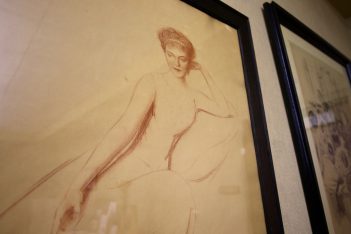 A portrait of Helen Thompson, daughter of Noblesville Mayor Emmett Fertig (1939-1951), hangs in the library’s Indiana Room. Thompson served on the board for the library from its founding through the 1950s. The portrait was drawn by nationally renowned Noblesville artist George Brehm.

The program also will discuss women who were involved in local theater and activities, like Minnie Levison, who was heavily involved with the local library, schools and charity work.

“People really started moving to the area in the 1830s, but much of what I’ll cover will be in the 1850s and 1860s, because the very strong-minded women of the community were abolitionists, involved in the temperance movement and were suffragettes,” Heighway said. “Noblesville went temperance very, very early on. The first women’s suffrage movement will obviously be covered, too, though it was primarily in Westfield. But in the 1920s, I’ll cover a lot of African-American women, because we had several that dominated the community, and oftentimes they would be the ones to step out and do particular activities or would become high-profile figures.”