When long-time business owners in the Zionsville Village area are asked how they succeed when turnover is prevailant along Zionsville’s Main Street, they cite, among other strategies, focused advertising, facility ownership and strategic staffing.

Main Street in Zionsville is a prime location for a new business. The area has walkability, a unique downtown feel and a wide array of shops, restaurants and other retailers. But not all new businesses have propered.  Many have closed within a year or two of opening.

But others others have enjoyed long-term success. Jewel Box Jewelers, for example, has succeeded for more than three decades, despite competition from two nearby jewelry stores that also have been in business for a long time. 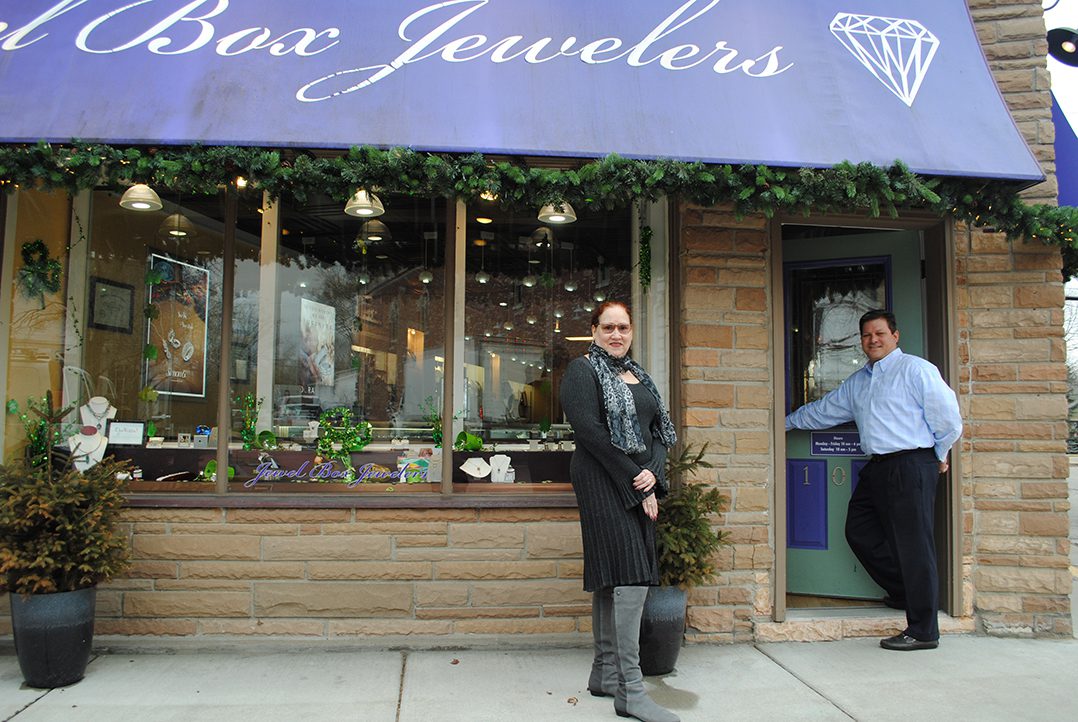 Jewel Box Jewelers owner David Haug credits his success to a variety of reasons, from catering to the customer, owning his own building, handpicking his staff and making himself  visible in the downtown community.

“I walk to the bank almost every day. It gets me walking down the street,  kind of that see-and-be-seen concept. I think it’s important,” Haug said. “I don’t want to say other owners stay in their box and don’t come out, but that’s part of it.”

Because Haug owns his building, he has a mortgage instead of fluctuating rent. He said business owners can, to a point, control their own destiny if they own the property.

Haug also credits his staff with his success, noting that having familiar faces behind the counter is an advantage.

“Longevity in staff is a big part of it,” Haug said.

Ron Hopwood, owner of Hopwood Cellars Winery, has enjoyed seven years of success on Cedar Street just off Main Street in Zionsville’s downtown. For that, he credits effective advertising.

Hopwood advertises on a billboard along I-65. He said downtown businesses should strive to attract travelers to Zionsville.

“We have to always advertise. We have got to keep pushing that,” Hopwood said. “You run out of money to advertise? You have to find the money.”

Town of Zionsville officials said turnover is normal, and even beneficial, for a downtown environment like the Village, especially when the vacancy rate is low.

“It’s healthy,” said Wayne DeLong, director of planning and economic development. “Last time we looked at it, we had a vacancy rate of less than 10 percent, which is amazing for an urban/suburban area. At any given time, you can walk into the Village, and of all spaces in the Village, approximately 10 percent (are vacant). It doesn’t show the market is too tight or too loose, but it does show it’s very popular.”

DeLong said businesses sometimes vacate a property because they outgrow the space. However, he said it is tough to track which businesses close because vacating businesses often don’t announce they are closing. Zionsville Fire Dept. Deputy Chief of Fire Prevention Joshua Frost said the town frequently encourages building owners and occupants to file for occupancy permits but struggle to get early compliance.

Frost said the ZFD often stumbles upon a new business that didn’t file permits before opening, making new occupancy numbers difficult to track. Frost encourages all new business owners to touch base with the fire department to file an occupancy permit.

When a business does vacate a property in the Village, other potential businesses are eager to swipe up the space. For example, when the old Noble Order building at 98 S. Main St. became vacant, town officials said four prospective tenants inquired about the space within a week.

One downtown business in the Village that recently closed was Ballerinas and Bruisers, 180 S. Main St. The children’s clothing store operated for nearly 12 years before closing.

In an email blast to subscribers, owner Steve Schwartz cited online shopping sites, such as  Amazon, taking a toll on his small business, but he declined to comment to Current. The store closed in mid-February.

Share. Twitter Facebook Pinterest LinkedIn Tumblr Email
Previous ArticleSchool’s in session: Schoolhouse 7 to open up as café, place for students to work
Next Article Celebrating a milestone: Historian to present program for Women’s History Month, 150th anniversary of the women’s rights movement in Hamilton County
Follow us on Social Media