You are at:Home»Current in Carmel»Carmel Community»Swenson to challenge Poindexter for Carmel city judge

Since moving to Carmel a decade ago, Angela Swenson has embraced the community as a business owner, Girl Scout Troop leader and past president of the Carmel Lions Club.

Next, she hopes to add an elected position to the list. 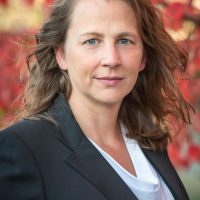 Swenson will face incumbent Brian Poindexter in the May 7 Republican primary for Carmel city judge. She said she was inspired to run after speaking with other attorneys and residents about their experiences in city court.

“A lot of (attorneys), when they’re getting to city court they’re immediately moving their cases out of city court. An attorney should feel comfortable keeping their case in city court,” she said. “I want to see the court become better than it currently is. I think I can help.”

Swenson owns Swenson & Associates, a firm on Carmel Drive that primarily handles family law. Before law school she served for eight years in the Army Reserves as a military police officer.

“I still have a very special connection with all my guys there,” she said.

Originally from Kentucky, Swenson and moved to Carmel approximately a decade ago when her husband’s company expanded to Indiana. The family had been living in Jacksonville, Fla., with their newborn daughter at the time, and she moved into a home in the Brookshire neighborhood without having a chance to see it first.

Swenson said she is looking forward to serving her community in a new way.

“I am entrenched with Carmel. There’s not a thing in Carmel I haven’t done and experienced. I love everything about it,” she said. “I just want to keep Carmel and its citizens respected and treated in the manner they should be.”