You are at:Home»Current in Zionsville»Zionsville Community»Child molestor sentenced to 3 years in prison

Zionsville resident Ryan Bohl, 23, was sentenced Jan. 9 to three years in prison after pleading guilty to sexual misconduct with a minor on three separate occasions. 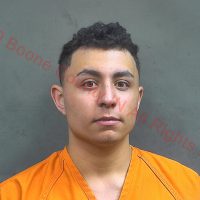 Bohl was arrested for child molesting in 2017, after the victim’s mother reported the crimes. The interactions took place between 2015 and 2016. According to court documents, Bohl met the 12-year-old victim on a website, where the boy was registered as an 18-year-old. The pair exchanged sexually explicit photos and agreed to meet.

In 2015, Bohl first picked up the victim after school and drove him to the Union-Lutheran Cemetery to perform sexual acts. A second instance occurred that summer at the same cemetery. A third occurrence happened in 2016 at Bohl’s apartment.

The victim said he revealed his true age to Bohl shortly after they started talking. Bohl also testified that was true.

Bohl pleaded guilty and was given two consecutive sentences. He is serving a six-year sentence for a Level 5 felony or sexual misconduct with a minor. Three years will be executed in prison and the remainder will be served on probation. After completing the sentence, he will serve an additional six years supervised probation for the second count of sexual misconduct with a minor.